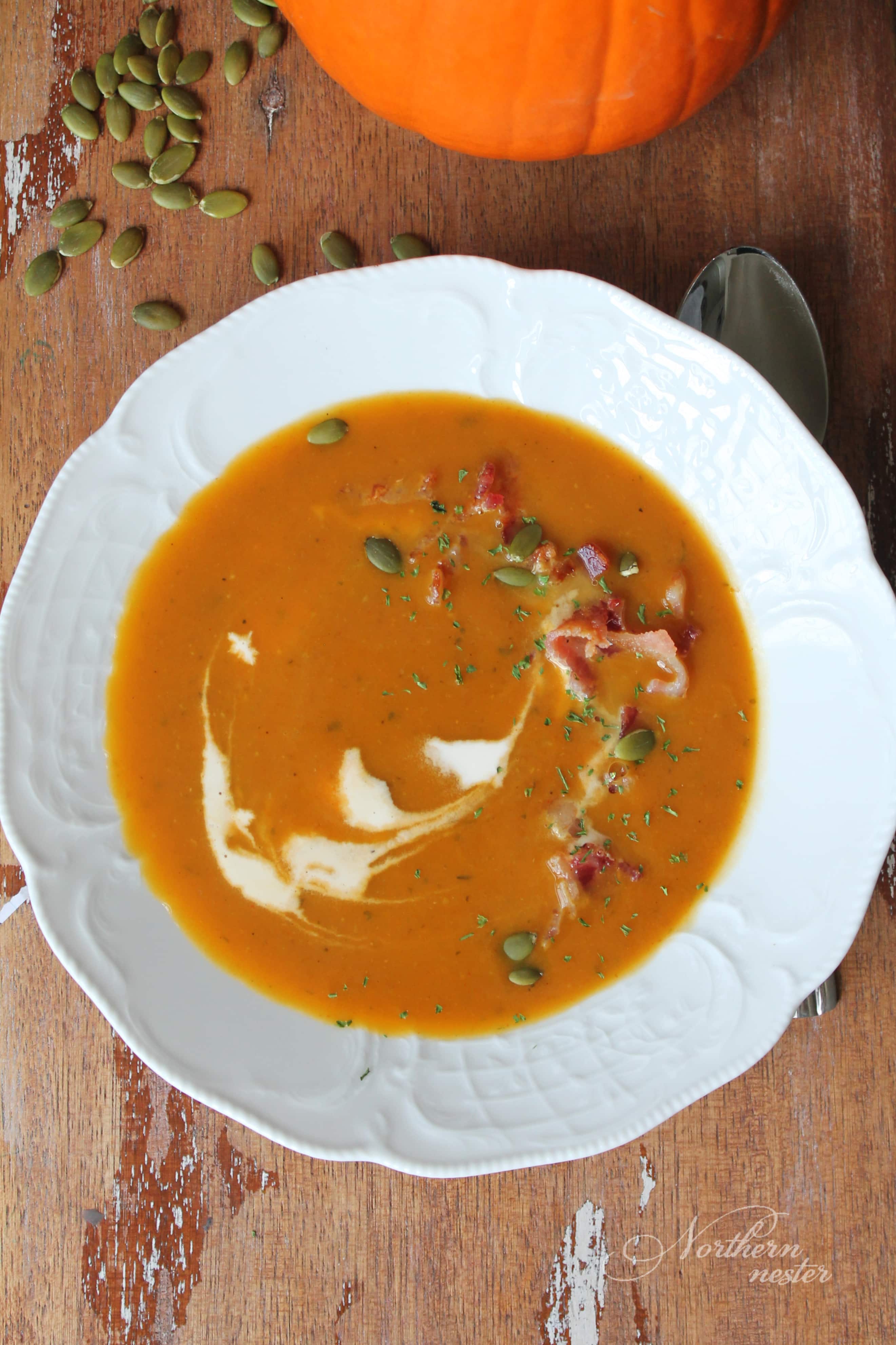 It’s been a while since I posted a savory recipe, mostly because with Baby #6 due in 7 weeks and plenty of things to get ready before hand, I haven’t had as much time to create new recipes! I’m breaking the “sweet” trend with this Smokey Bacon Pumpkin Soup though. I whipped it together the other night and it was a big hit – even with the 2 year-old!

It boasts bacon, onion, and garlic! How could it not be good??

These 3 ingredients, plus paprika for smokiness, a pinch of cayenne for a little warmth, and a few other herbs and elements for flavor prove pumpkin is a fruit that is not limited to sweet desserts. Smokey Bacon Pumpkin Soup is rustic and savory, and THM-friendly! 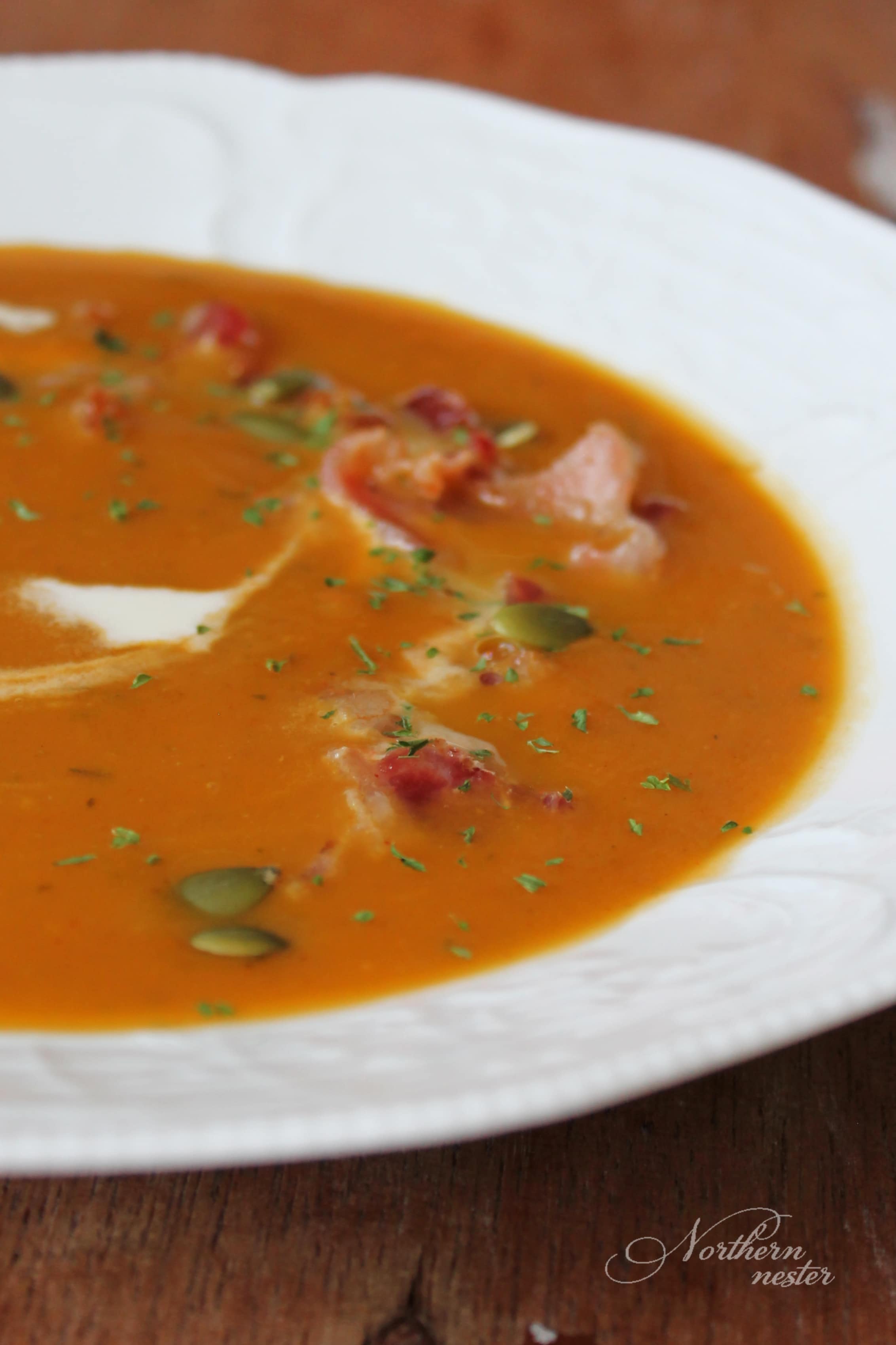 One of the great things about this Smokey Bacon Pumpkin Soup is that it can easily be adapted to all THM fuels.

Feel like having a slice or two of sprouted or sourdough bread with your soup? Change it to an E by replacing the heavy cream with unsweetened cashew or almond milk, and add a chopped sweet potato and/or carrot to the pot while it simmers. Garnish sparingly with turkey bacon.

Aiming for something light? Make Smokey Bacon Pumpkin Soup a Fuel Pull by replacing the heavy cream with a unsweetened cashew milk, limit your bacon to 5 grams of fat or less, and add a scoop of collagen to your bowl for your lean protein source (a good idea to do anyway, since this soup doesn’t contain much protein by itself). 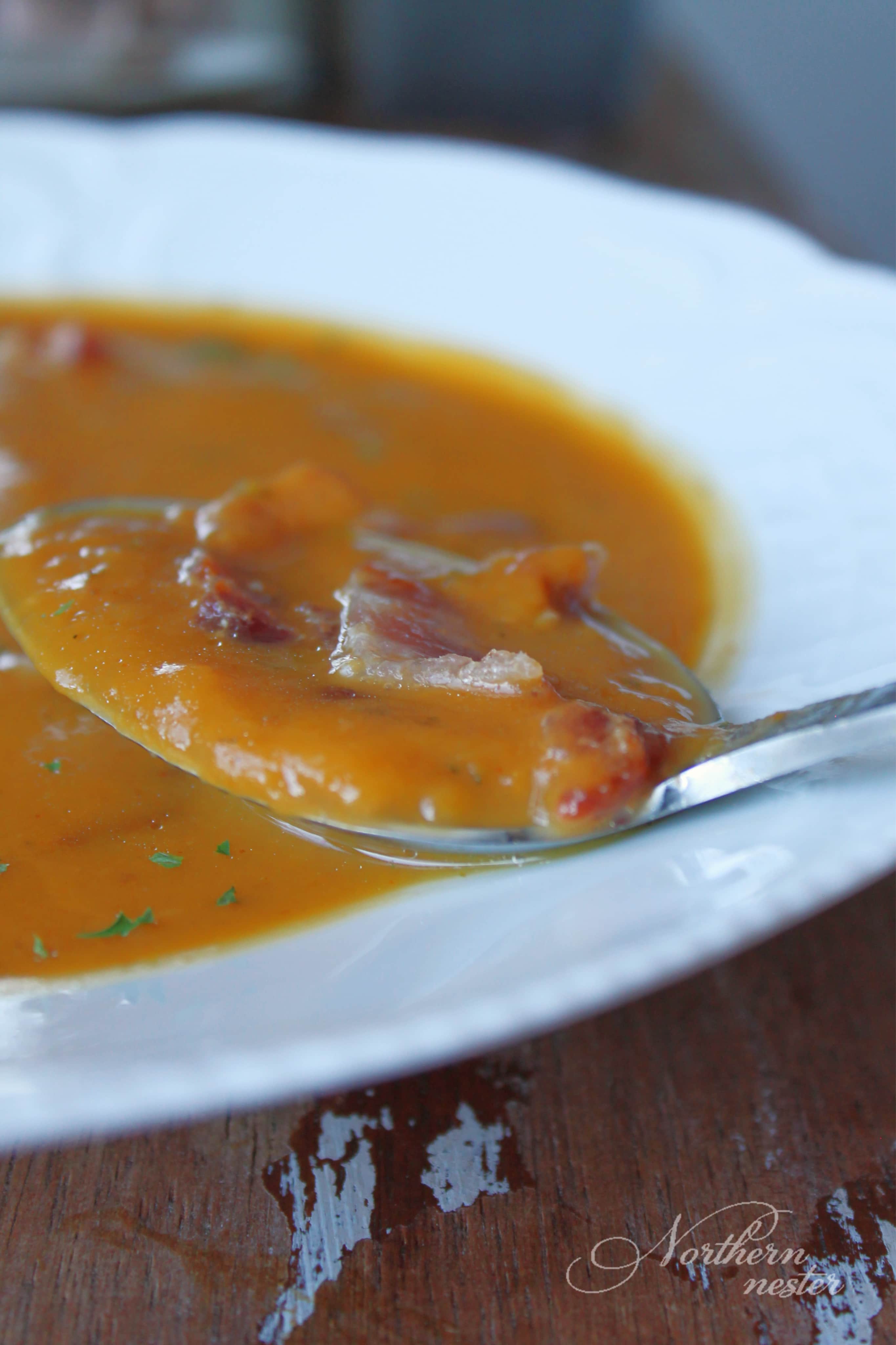 Or, enjoy the recipe exactly as it’s written as an S (with an additional protein source like a handful of nuts, a shake or smoothie, or some collagen in your bowl, etc.) and have yourself a bacon-filled, cheese-topped (Cello Whisps are a fantastic soup topper!), cream-splashed soup with more pumpkin in the form of a plan-approved chiffon pie, layered dessert, or muffins afterwards! 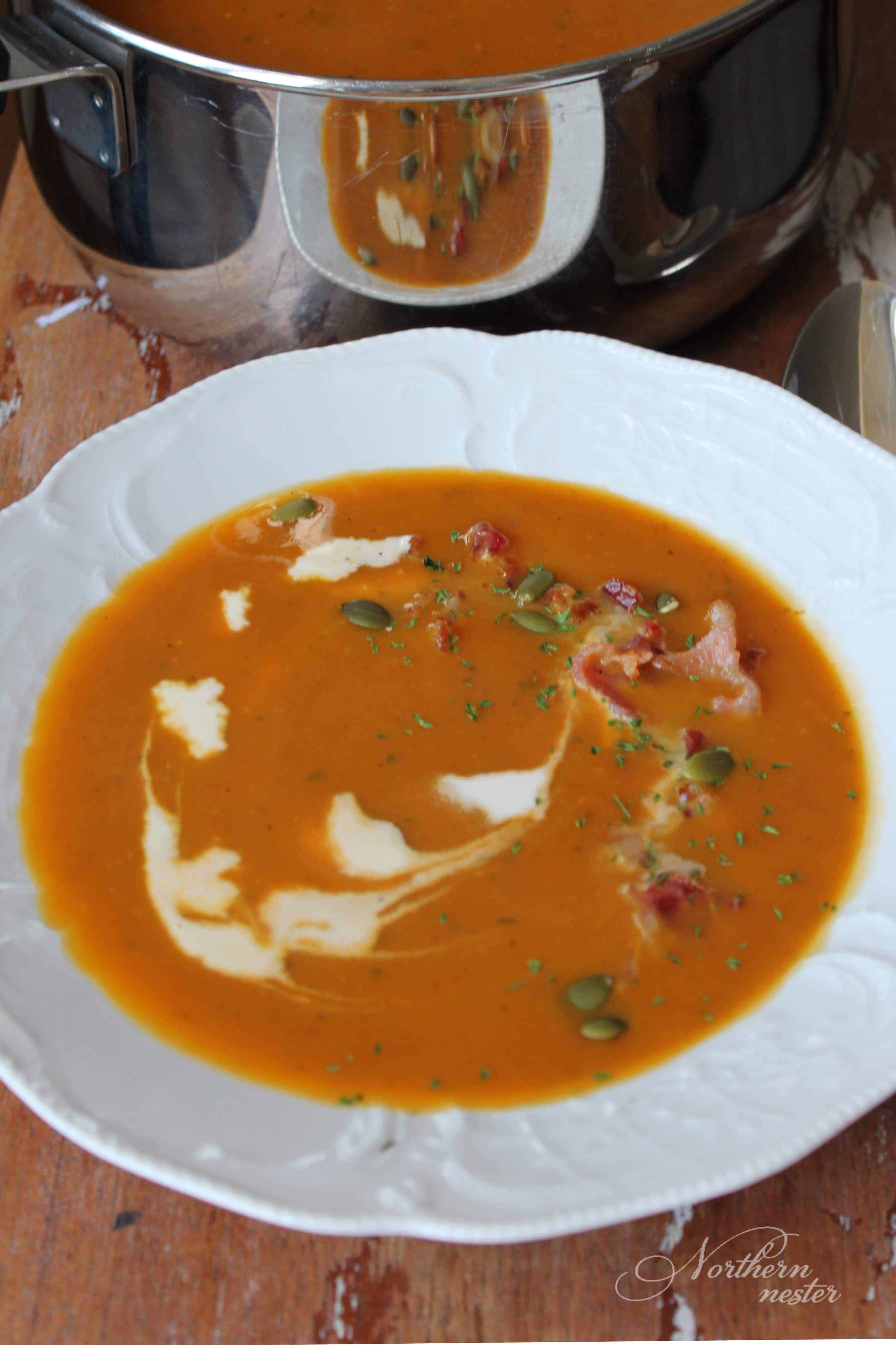 You could easily make this a Fuel Pull soup by eliminating the heavy cream and using more cashew milk instead. Or, turn it into an E by boiling a sweet potato or two and adding a little more chicken broth!

Since this soup does not contain a good source of protein, it should be be paired with another protein source, or dissolve a scoop of collagen in your bowl.

Some of our other favorite Trim Healthy Mama-friendly cold weather soups include these: 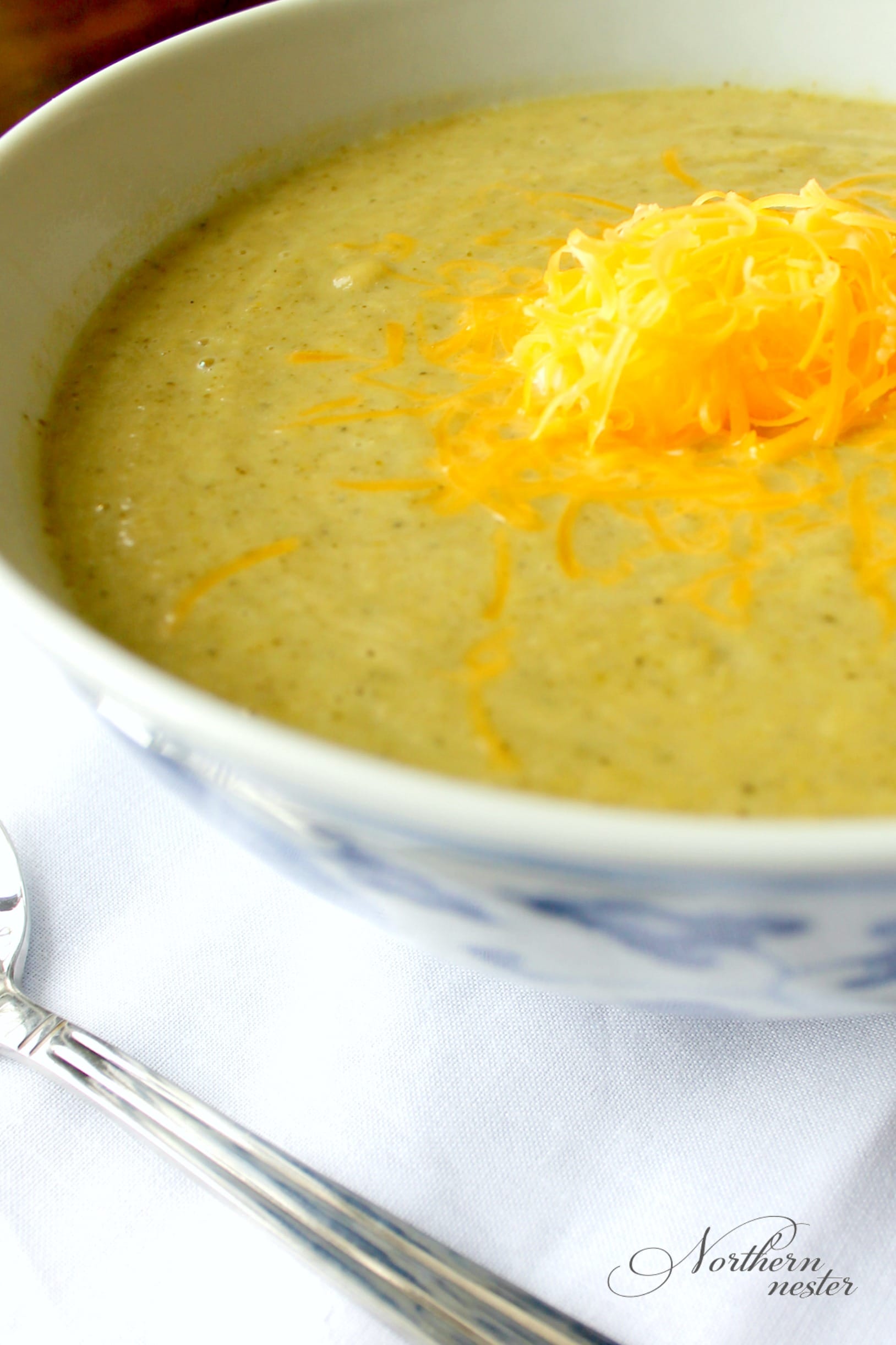 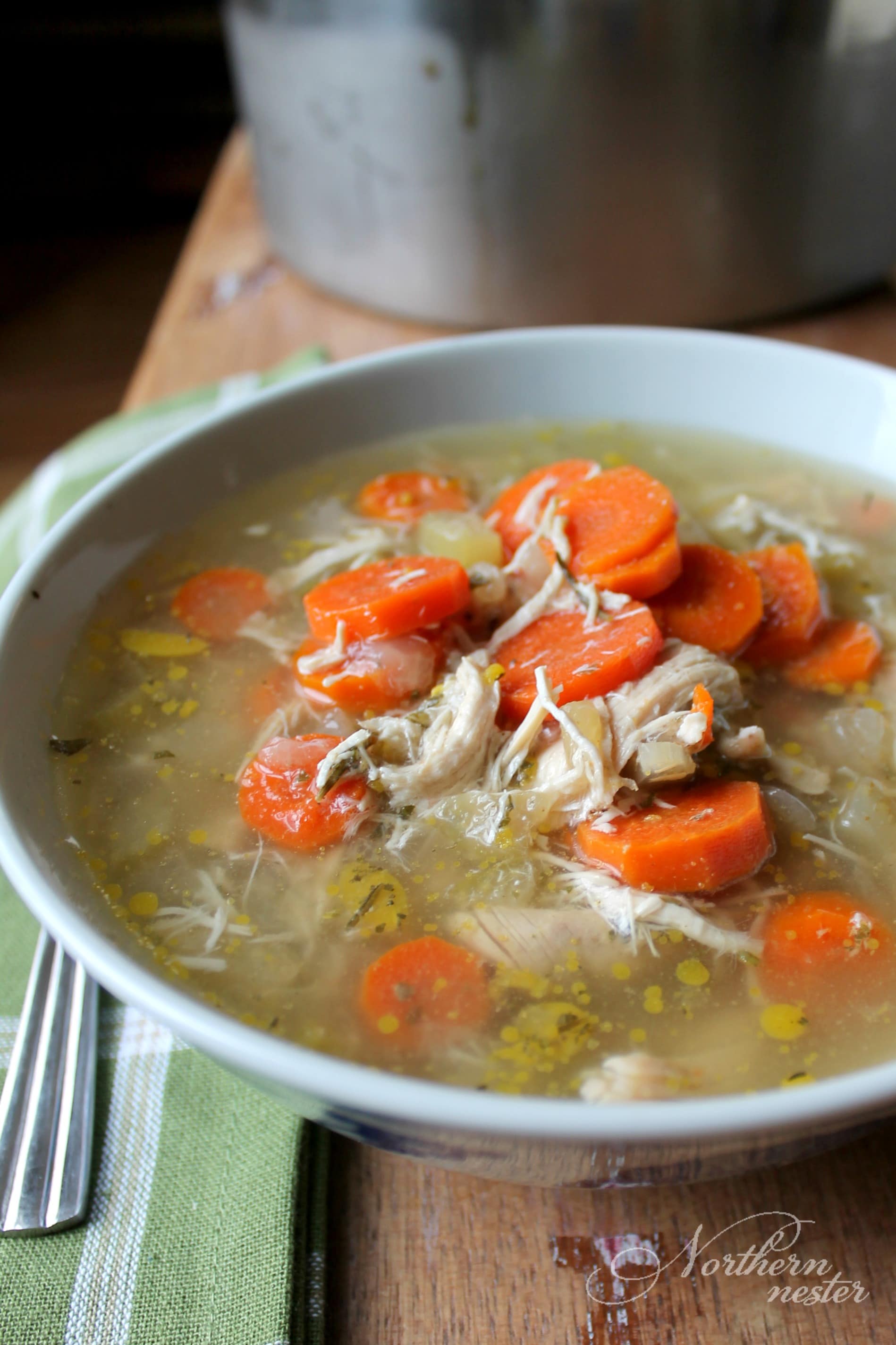 (You can see all of my soup recipes here) 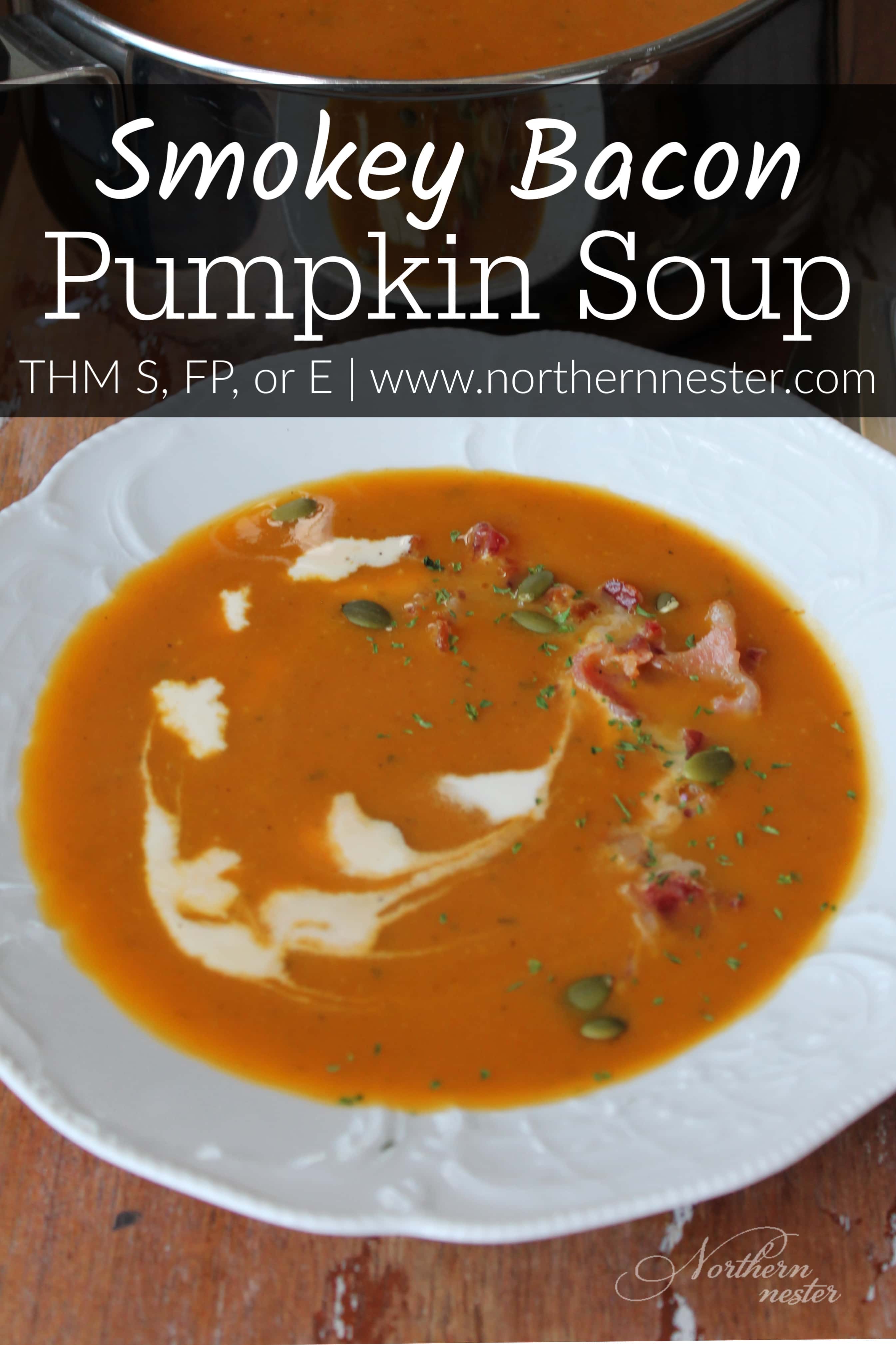