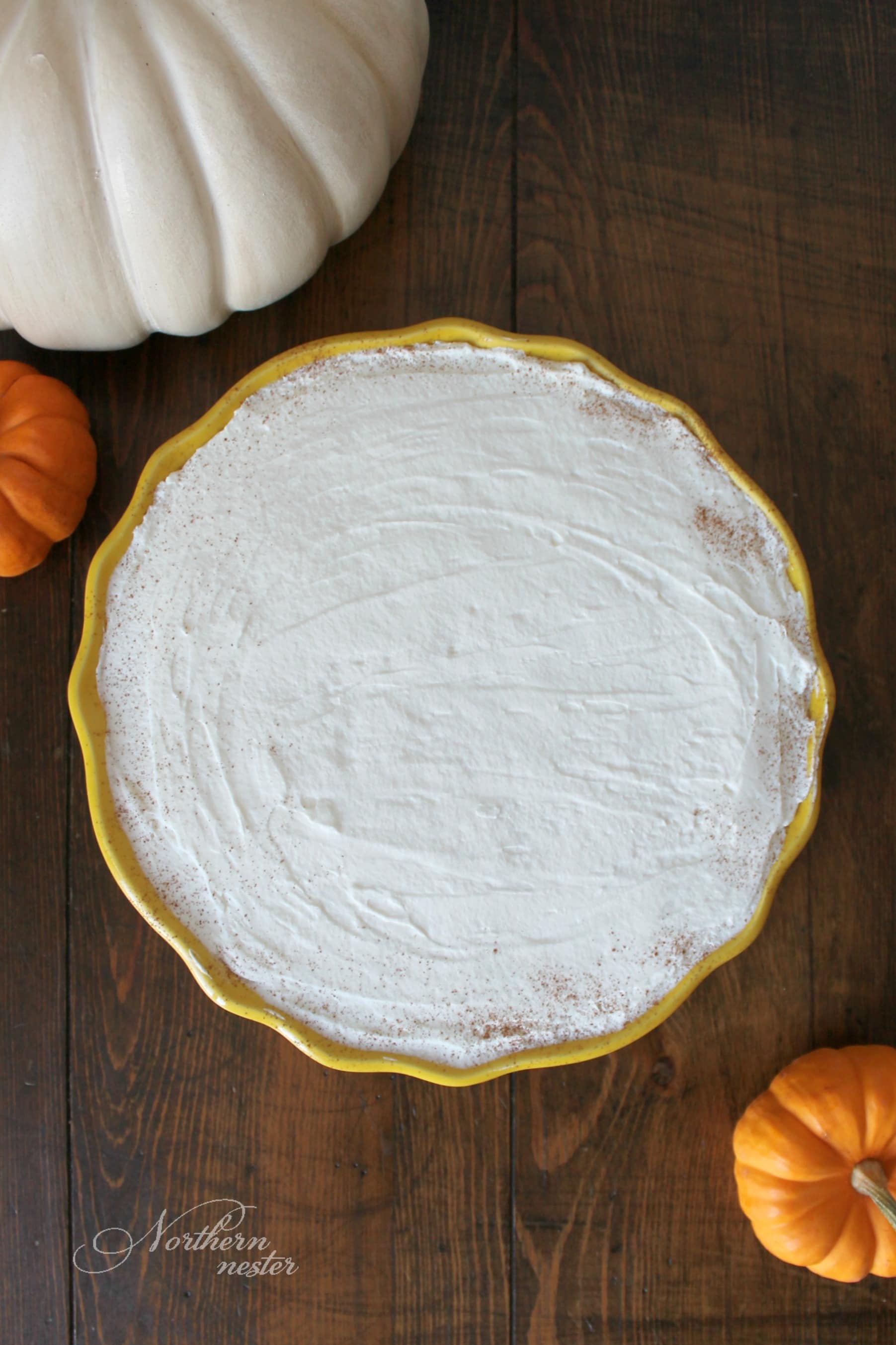 It’s Thanksgiving weekend here in Canada and we’re feasting on this incredibly delicious Pumpkin Chiffon Pie while we spend some time with family and friends, reflecting on all the undeserved gifts God has given us.

You, dear blog reader, are on the list of people I am thankful for. Thanks for your love and support over the past year of posting Trim Healthy Mama-friendly recipes regularly. You keep me inspired and I have not once received an unkind comment or negative feedback. That means a lot to me, especially in this day and age where everyone is entitled to speaking their mind and the anonymity of the Internet can bring out the worst in people. I feel very blessed to have such a wonderful audience and don’t take you for granted.

But, back to other important things…like this Pumpkin Chiffon Pie! 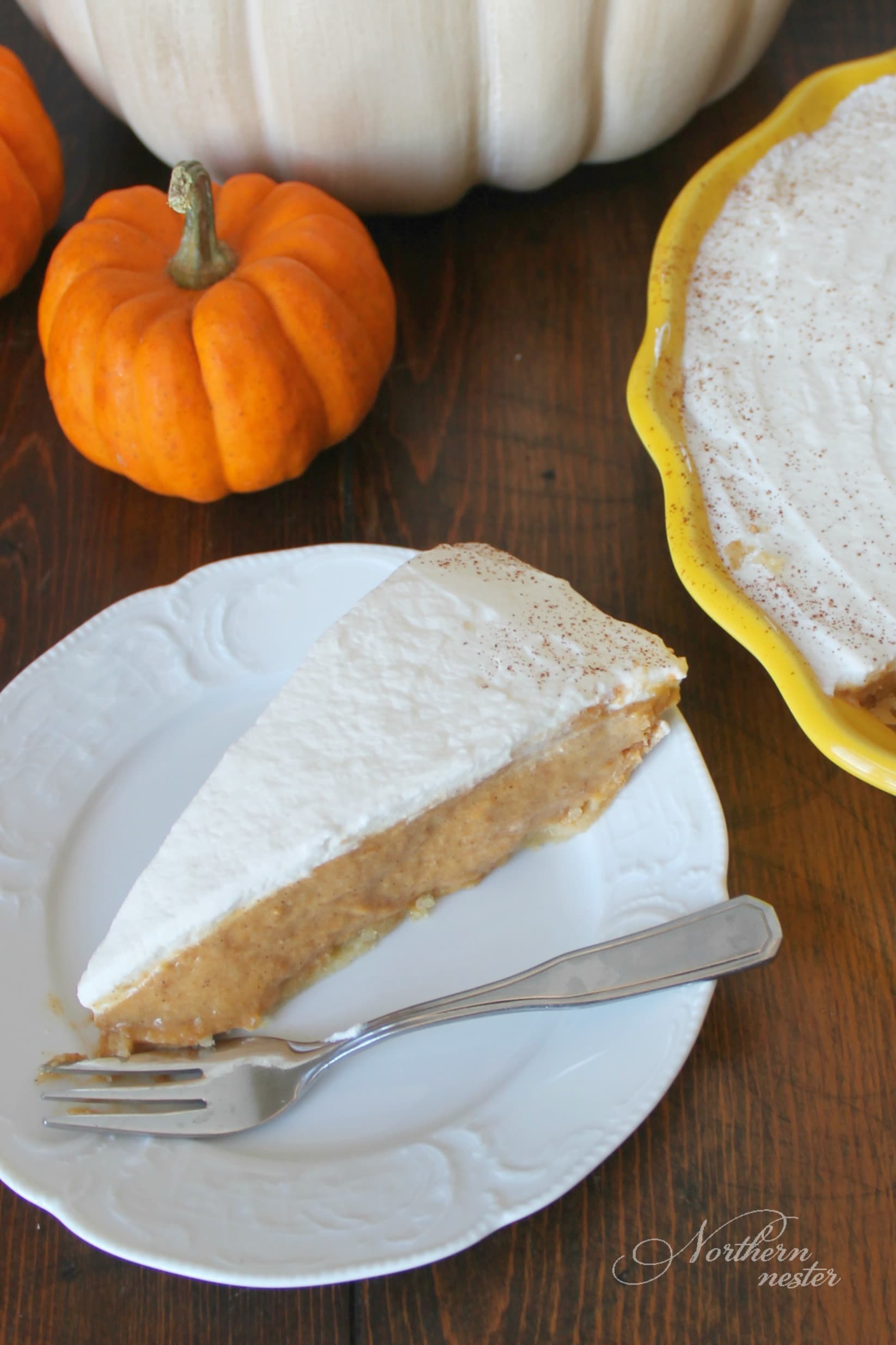 I’m thankful for this pie, too! Why? 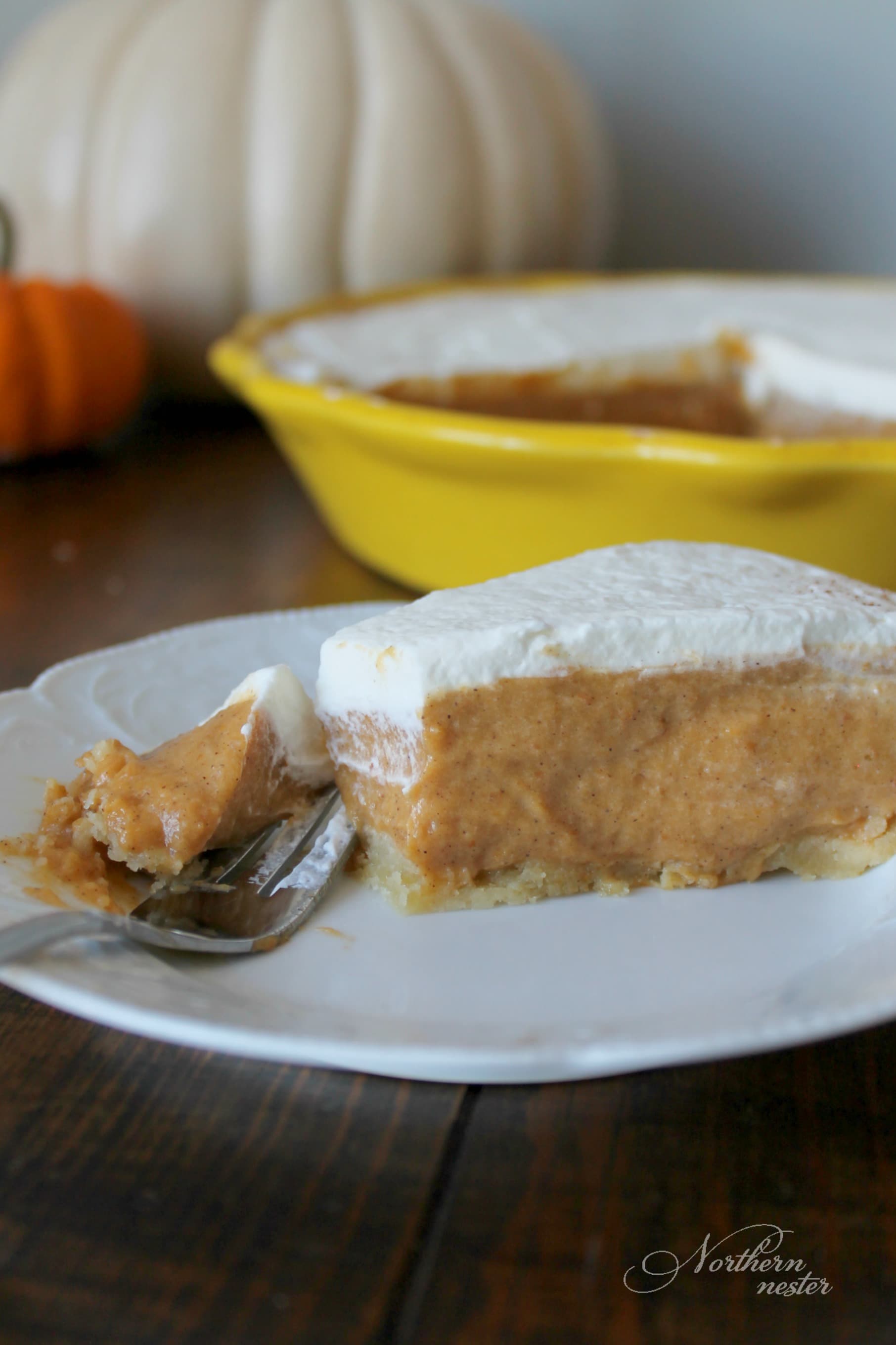 Everything you need to make this pumpkin chiffon pie is probably in your fridge and pantry:

Keep in mind that this Pumpkin Chiffon Pie is best made the day before. It should sit overnight in fridge before adding the whipped cream topping (you can leave that part off, if you want), so it can set properly and allow the flavors to develop. 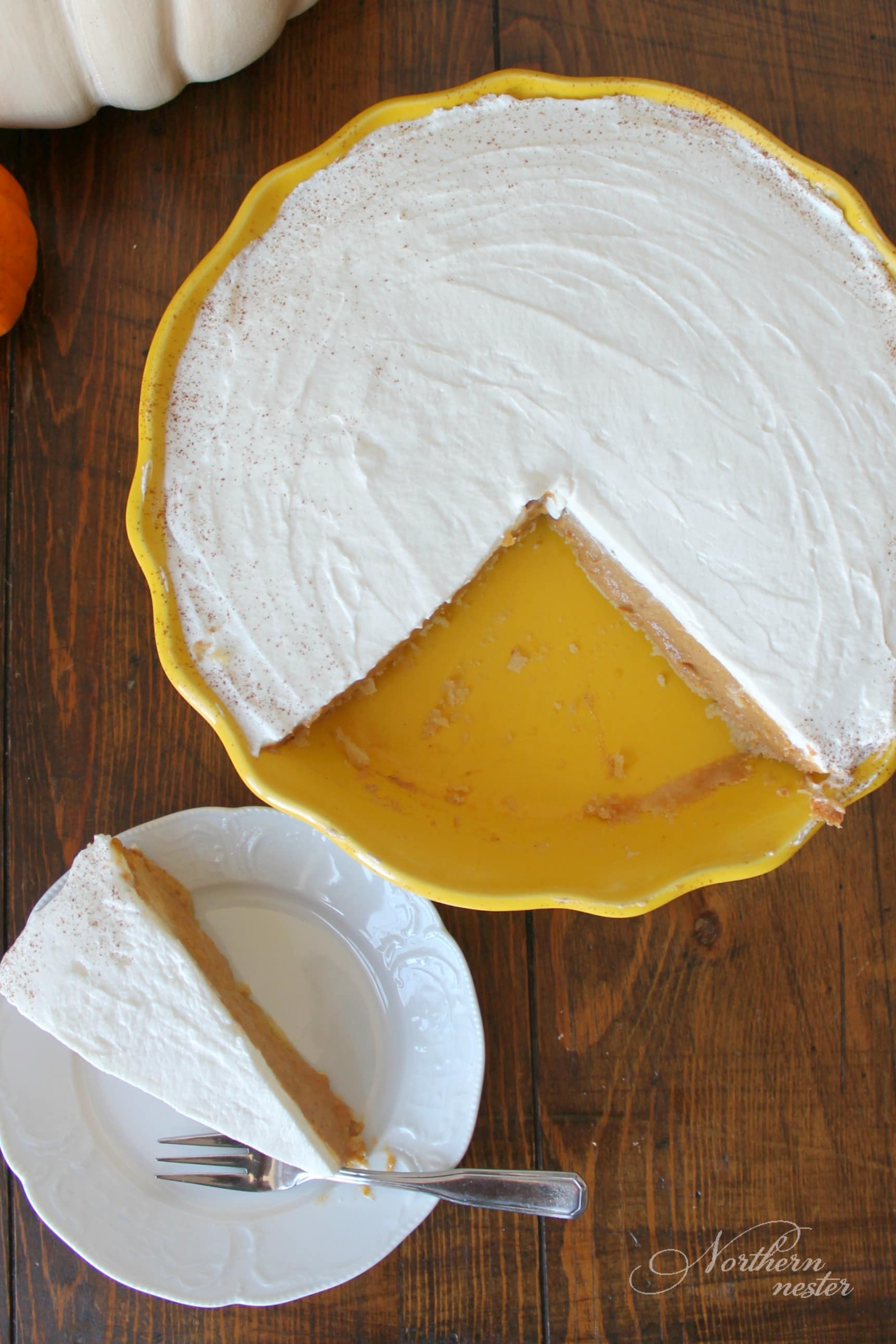 This pie is delicious with or without the whipped cream topping. 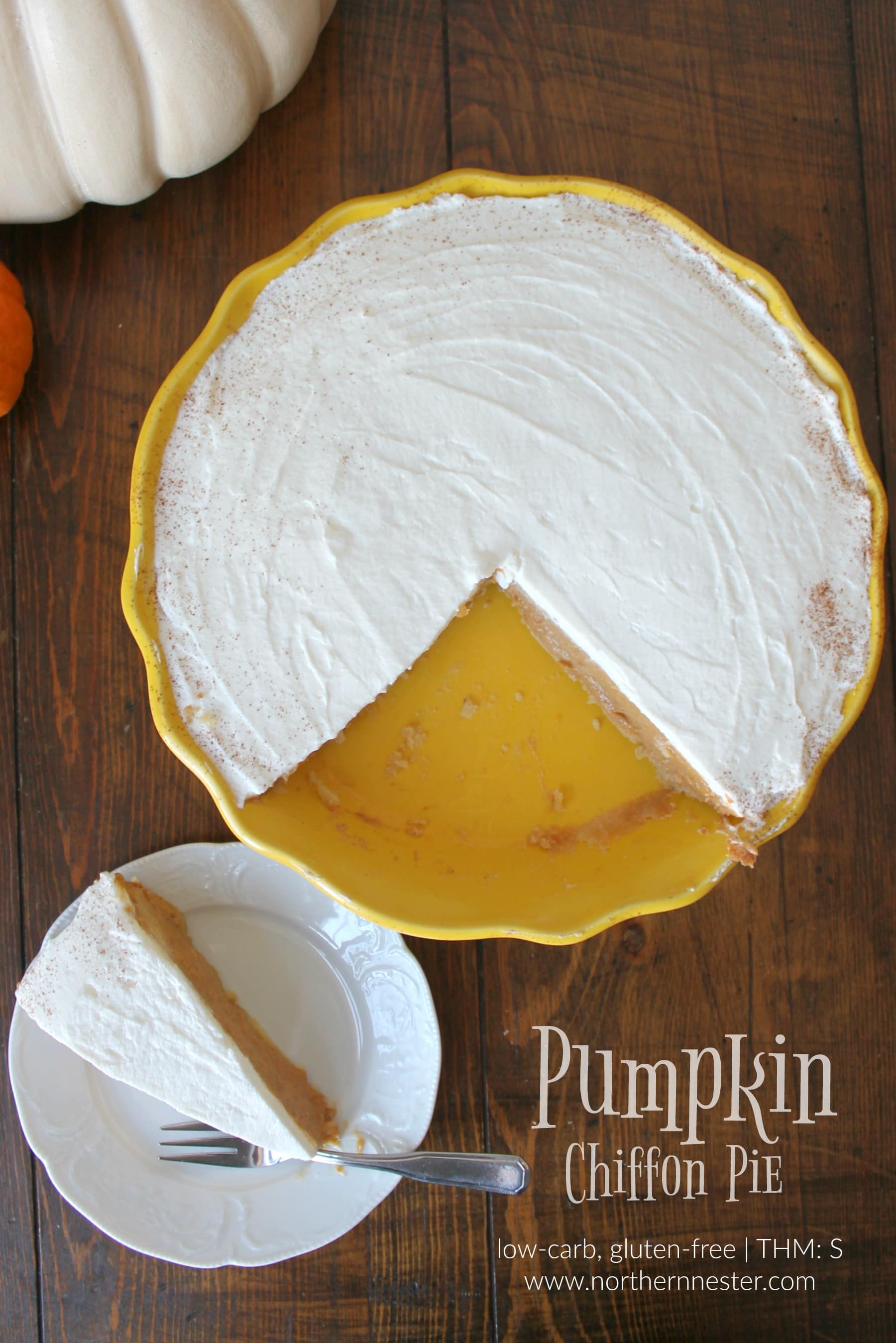