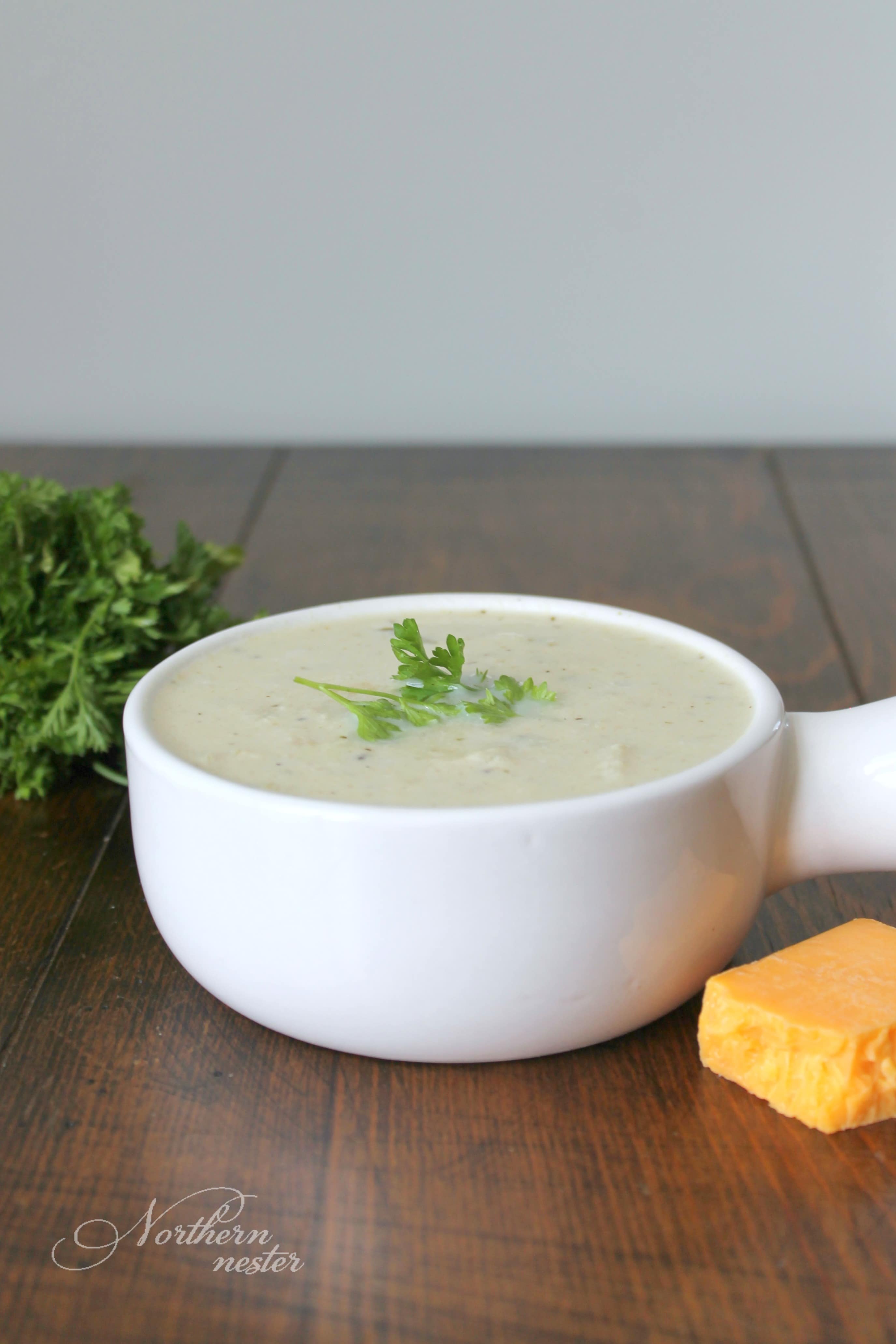 Do you miss the comforting taste and ease in a can of cream of chicken soup?  I did, too.

I didn’t miss the MSG or the starchy thickeners, but the flavor? Yeah, I missed that.

So, I made up a low-carb Cream of Chicken Soup from scratch and we drank it up! 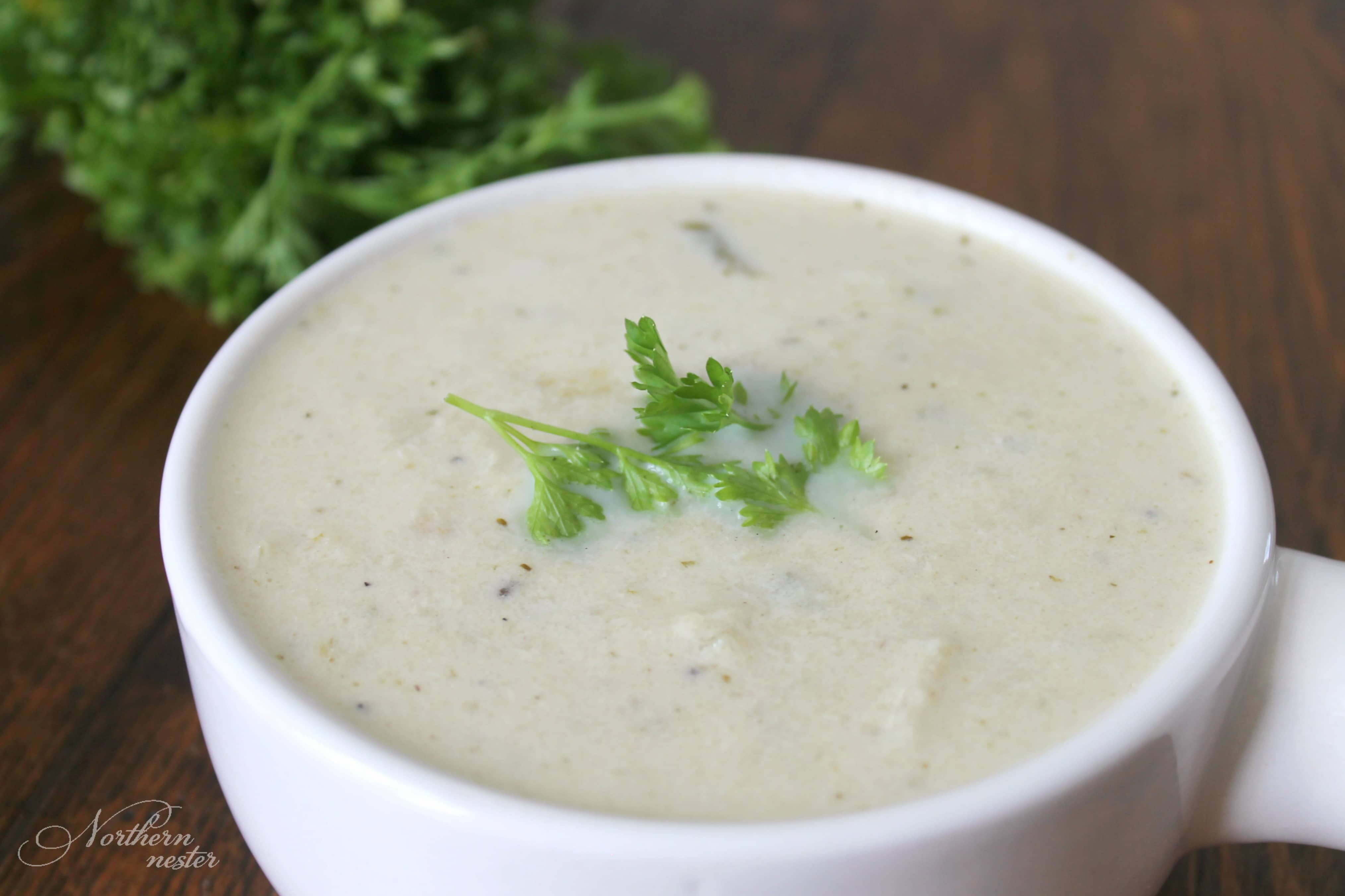 This cream of chicken soup is a Trim Healthy Mama-friendly S, but a light S since there’s such a little amount of fat per serving. Onions and leeks are higher in carbs than other non-starchy vegetables, but here’s not enough of them per serving to put you into an S helper or Crossover mode.

I used fresh parsley in this recipe, but you can replace it with dried thyme, a little sea salt, ground pepper, and chicken broth are all that’s needed to give it the rest of its flavor. A splash of heavy cream adds to the creaminess.

I like chunks of chicken in my cream of chicken soup, so I only pureed half the batch in my blender (my Ninja made quick work of it). You can blend the whole thing, if you prefer a creamier consistency. 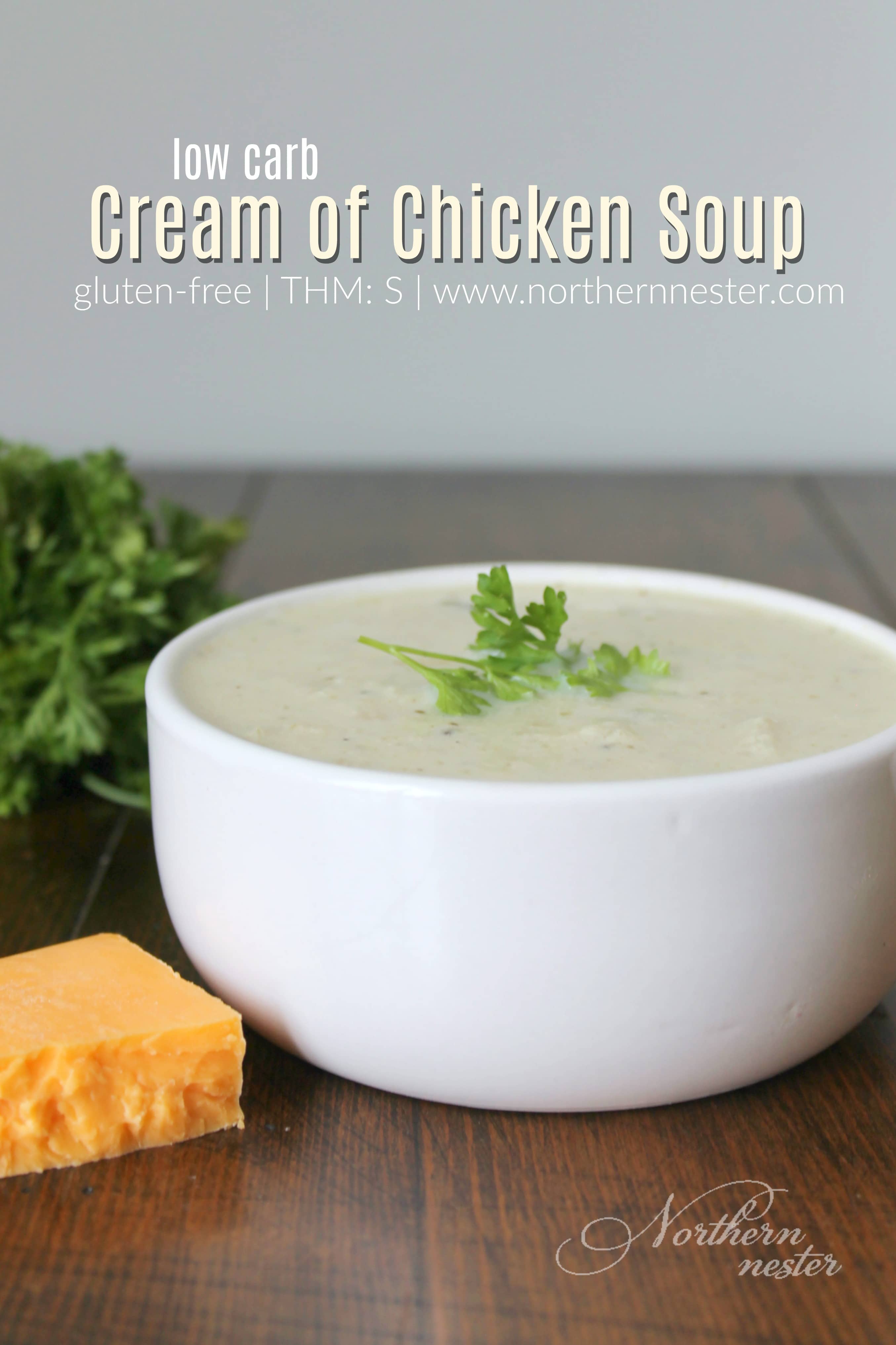