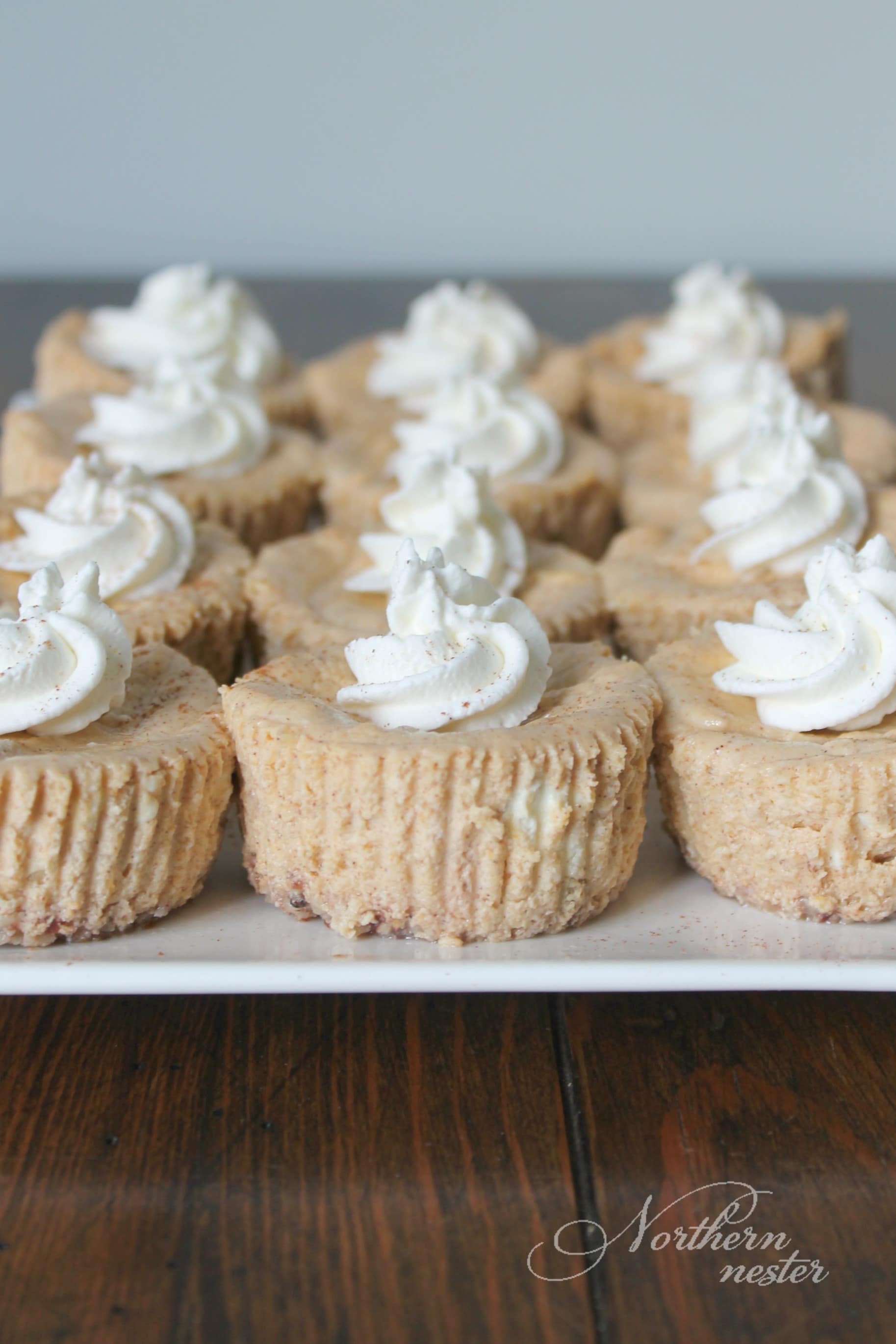 It’s no secret that I’m one of those people. You know, the ones that start drinking PSLs and eating pumpkin everything when they see the first leaf fall to the ground? That’s me. I even posted a round-up of 50+ THM-friendly pumpkin recipes in August, because you can never be too prepared, am I right?

My original pumpkin cheesecake recipe is made frequently this time of year, but it makes a lot, and if you’re the only one eating it, well, it can take 2 weeks to git ‘er done! My goal with this recipe was to keep the same pumpkin cheesecake flavor, but make the cheesecakes in miniature so I could freeze the ones I’m not eating right away. I also wanted to lighten up the dessert; this recipe cuts down the amount of more calorie-dense cream cheese by substituting with lower fat cottage cheese and 0% fat Greek yogurt.

I’m so pleased with how these worked out! The are every bit as creamy as regular cheesecake, and the flavor is on point: mildly spiced with cinnamon and a tiny bit of ginger, cloves and nutmeg (or you could use a teaspoon of pumpkin spice blend instead), and not overwhelmingly pumpkin-y. An instant crust is made by pouring a spoonful of ground pecans in the bottom of each muffin liner before pouring the filling over top, but you could omit the crust entirely, if you want. 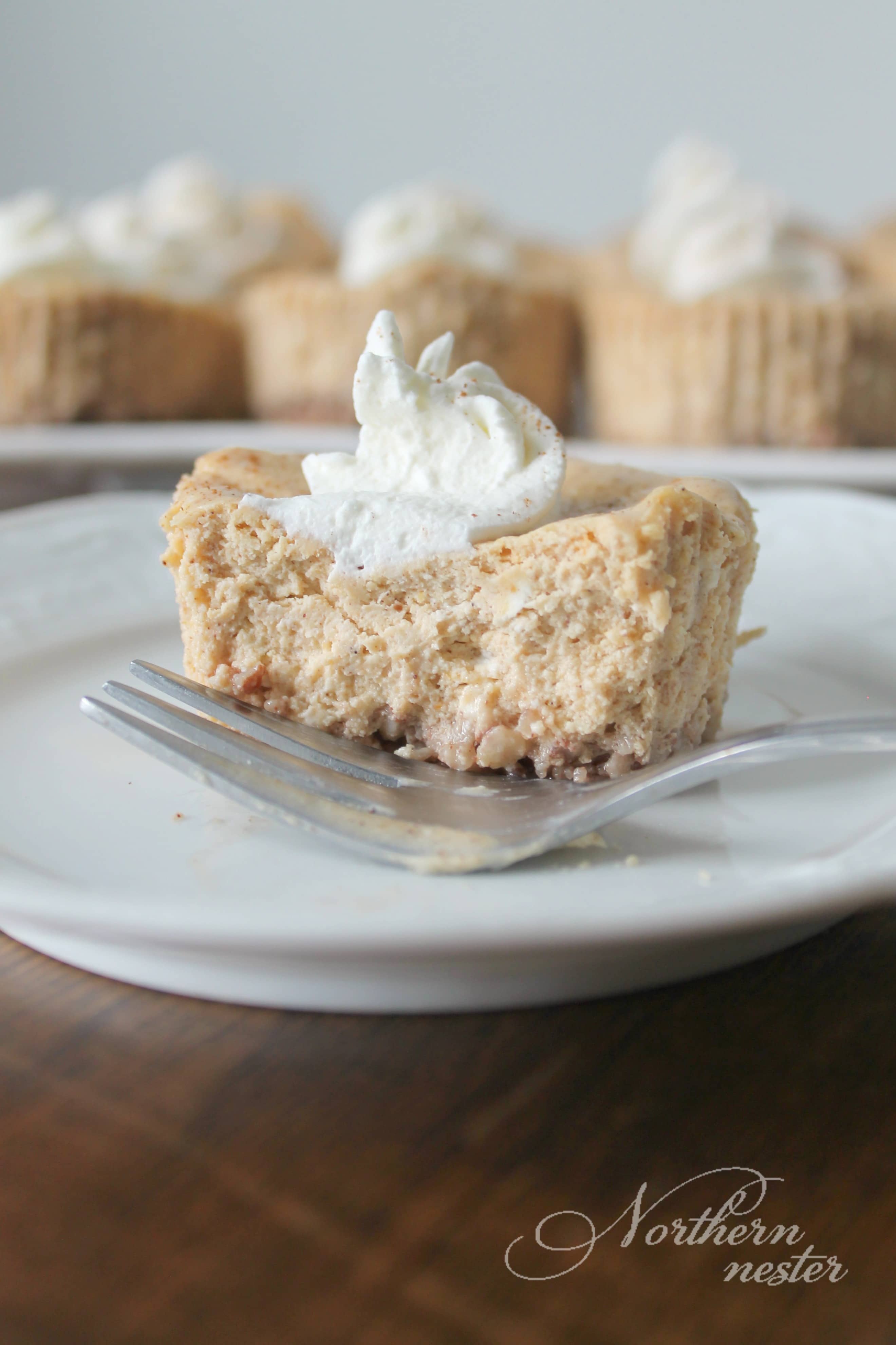 A swirl of naturally sweetened whipped cream (I use 1/2 a tablespoon of xylitol to 1 cup of whipping cream), and a dusting of cinnamon pretty these treats up. If you’re feeling adventurous, a teaspoon of maple extract is a delicious addition to the whipped cream garnish! 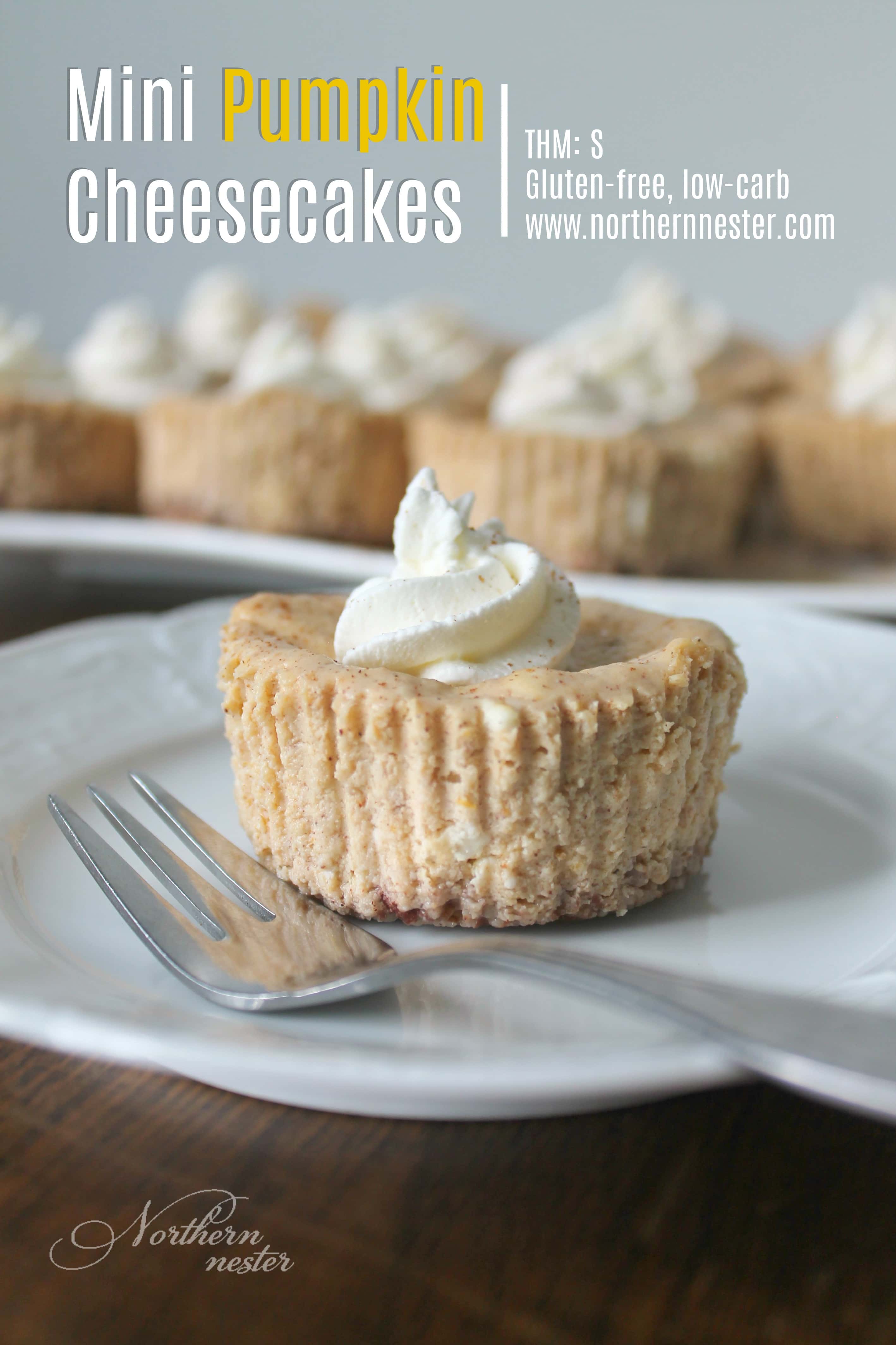