Pre-THM, my favorite chocolate in the world was a Reese’s Peanut Butter cup. Even now, I cannot be trusted to leave them alone if they are in the house. I love the “snap” of the chocolate layer, followed by a perfectly textured peanut buttery filling. The ratio of chocolate to peanut butter in those cups is just right, too.

My first goal with these low carb peanut butter cups was to recreate the same peanut butter texture you find in a Reese. It needed to be slightly chewy, but not too creamy or crumbly. 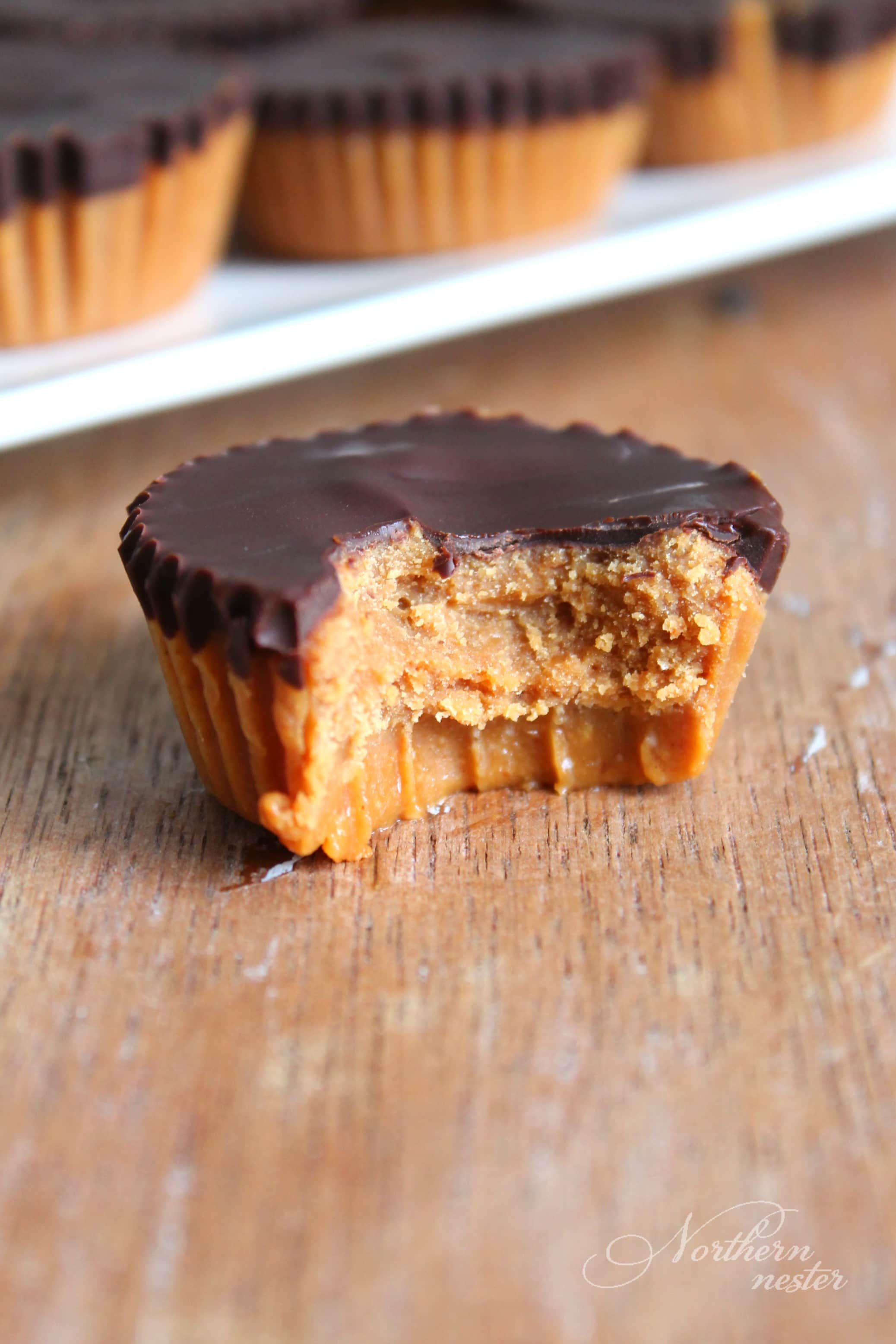 First, I tried using just butter for the oil in the filling, but even though the flavor was amazing, it was too crumbly after it solidified in the fridge. I’m really not a big fan of the flavor of coconut oil, but I love its melt-in-your-mouth factor. I swapped out part of the butter for coconut oil and the result was perfect: enough butter to mask the coconut oil flavor, and enough coconut oil for the peanut butter cups to melt in your mouth (instead of crumble).

A small amount of coconut flour, almond flour, and golden flaxseed meal mixed with a much larger amount of defatted peanut flour create an almost graham crumb texture inside the buttery filling. 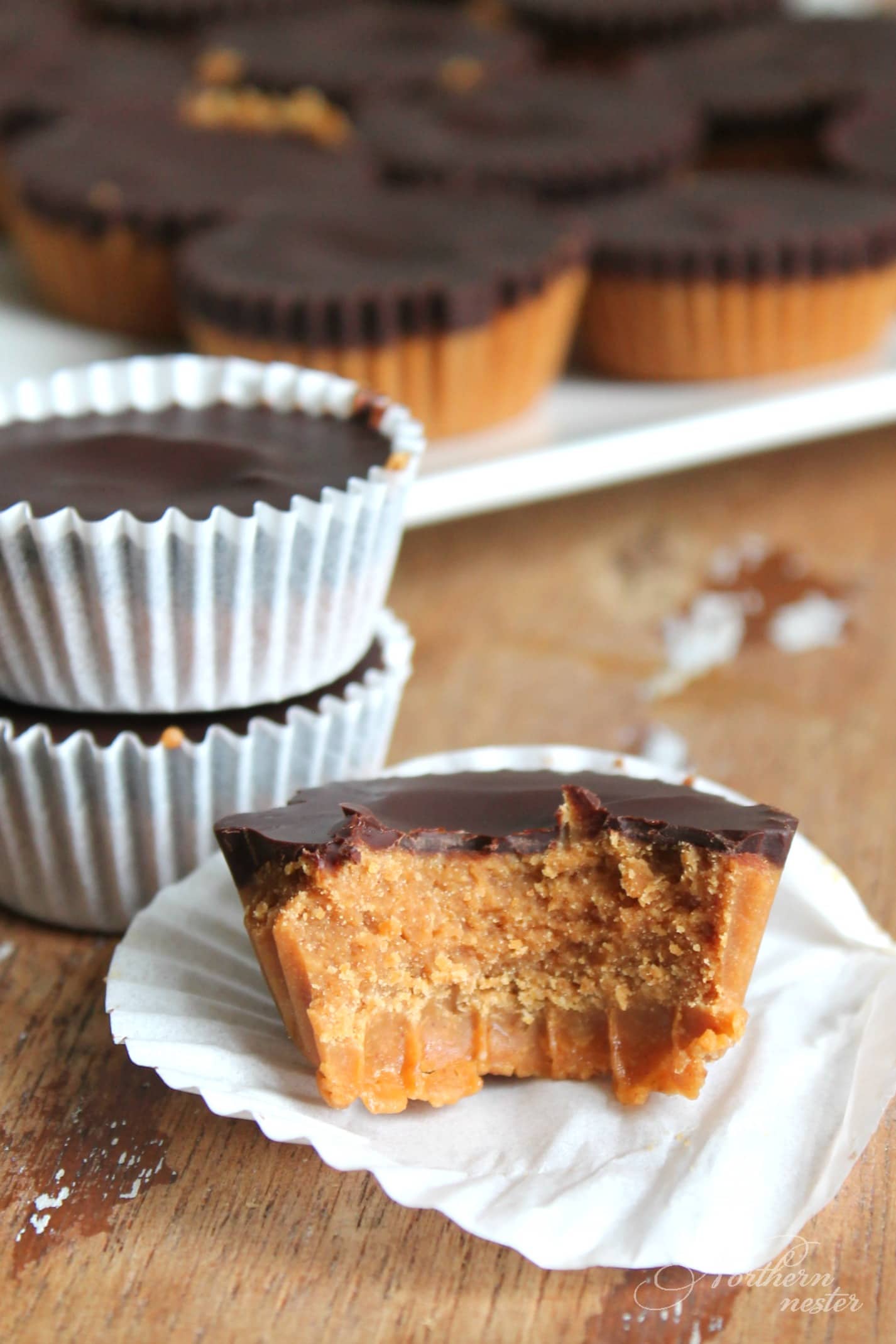 You will get 24 low carb peanut butter cups out of this recipe using a mini cupcake pan. Since these treats are an S, and there’s no fat limit for Trim Healthy Mama S meals, I suppose you could have as many as you like, but reasonably, 2-3 is a non-abusive amount for a snack. 🙂 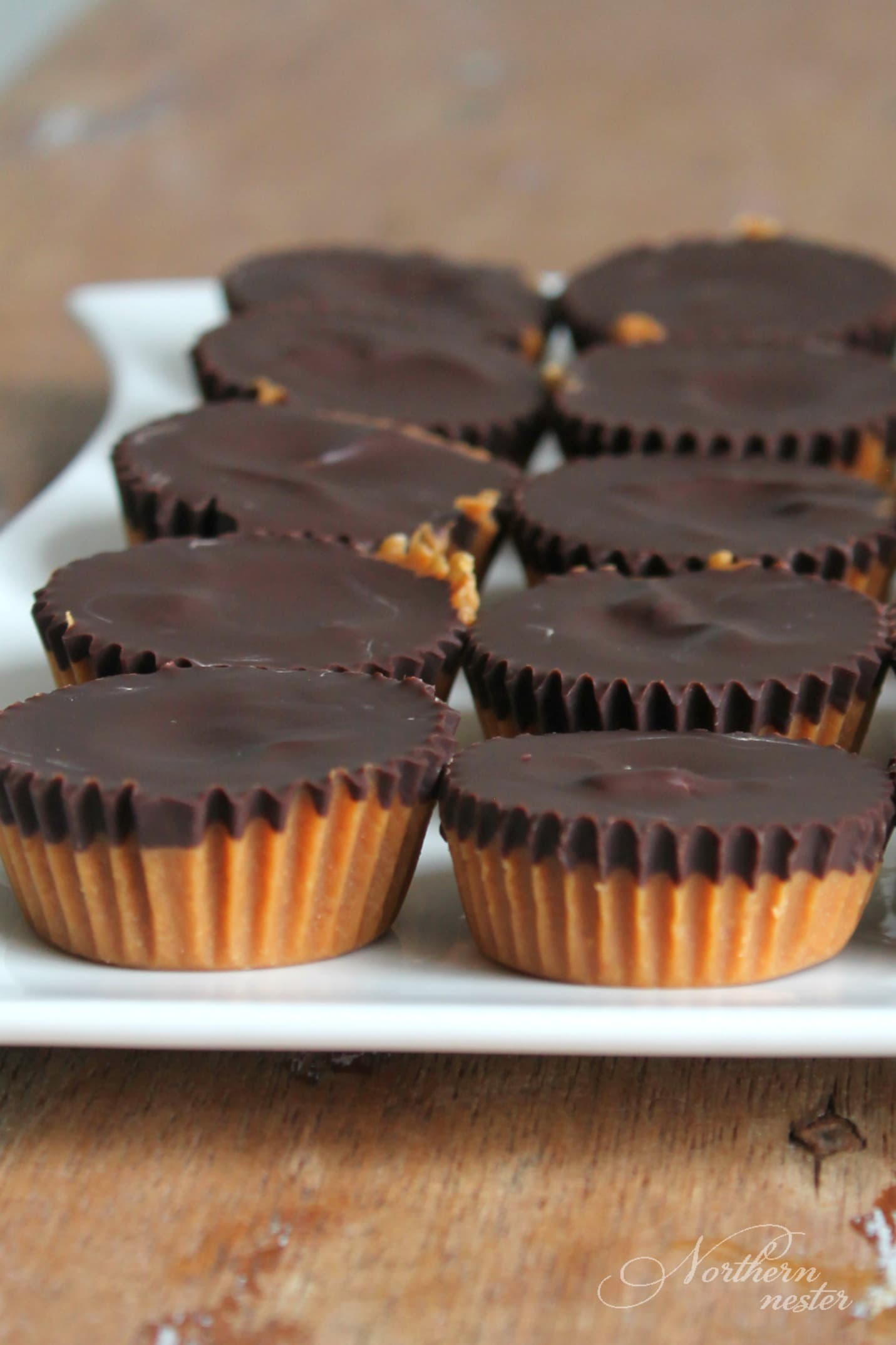 Looking for more ways to use defatted peanut flour? Try these favorites! 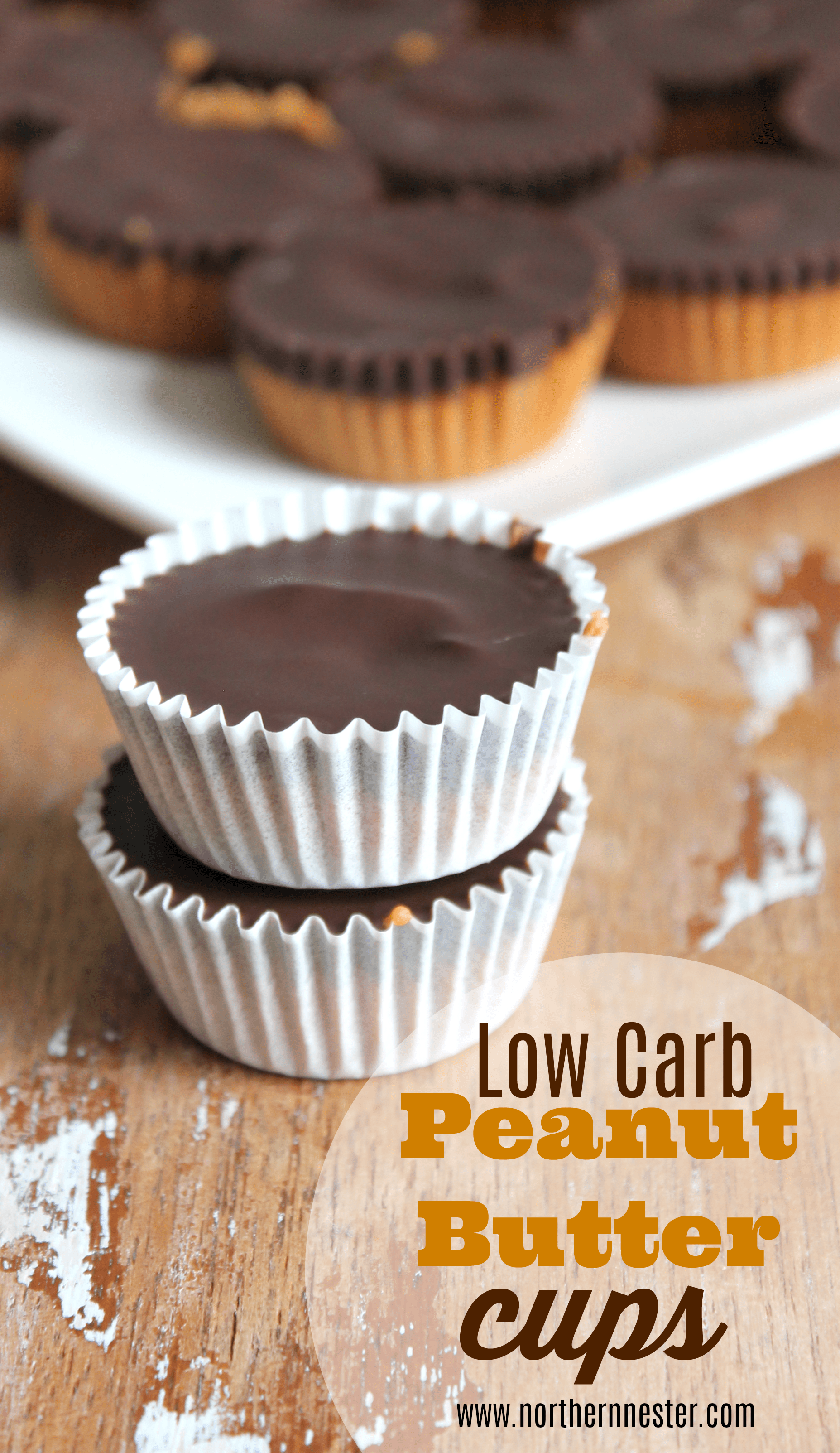