Disclosure: Lakanto sent me their monkfruit sweeteners to try, free of charge, but all opinions are 100% my own. I may receive a small commission if you choose to choose to purchase any of their products through my link.

A couple weeks ago, I received the sweetest box ever in the mail; Lakanto had sent me three of their best-selling monkfruit sweeteners to try and experiment with!

I had never tried monkfruit before, and was excited to give it a taste. I read nothing but rave reviews about it in the Trim Healthy Mama Facebook Groups, so I was curious to see what all the fuss was about. 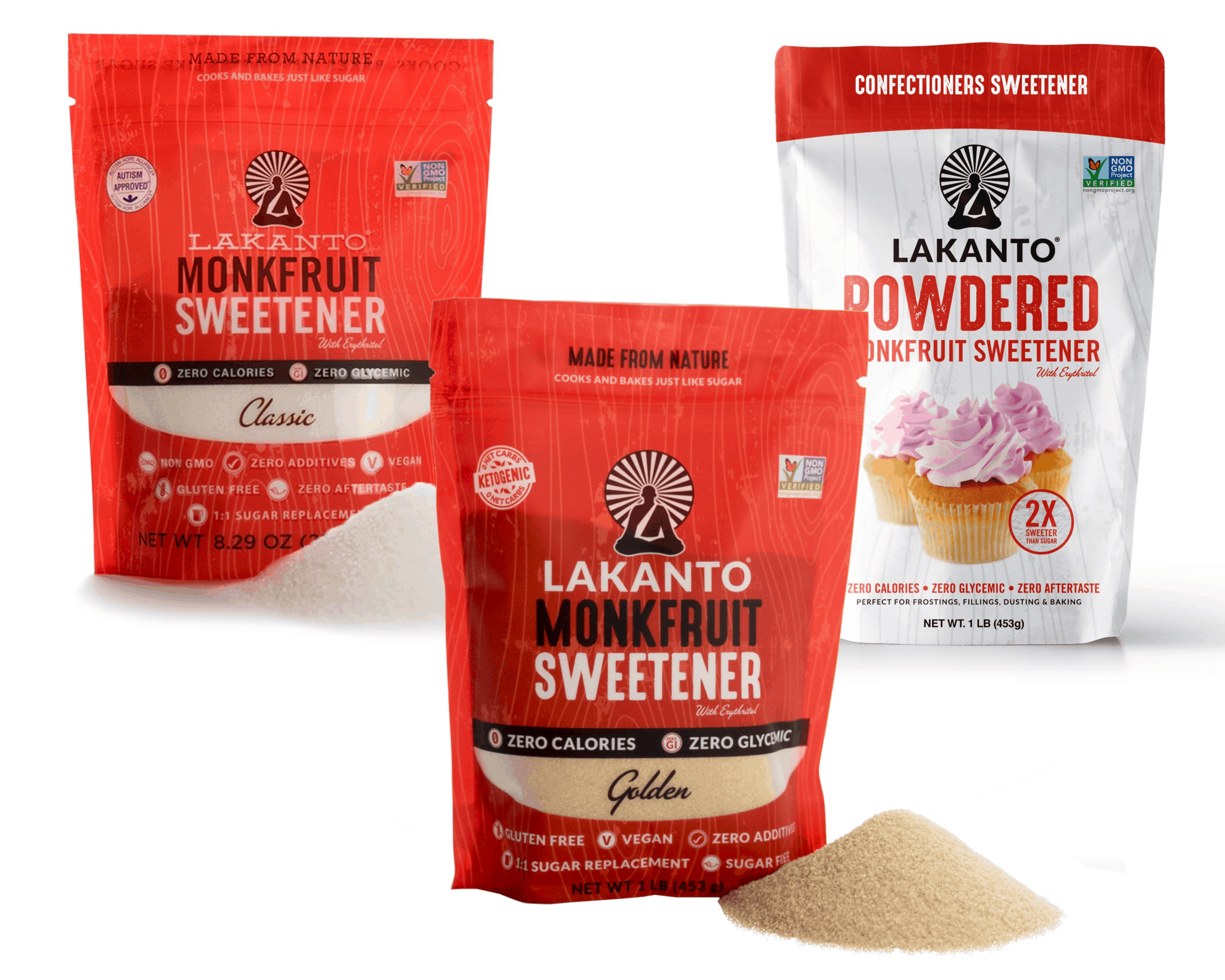 If you’ve been making my recipes, you know xylitol has always been by sweetener of choice! My reasons for this are:

However, xylitol has its downsides, too:

The reason Lakanto’s Classic Monkfruit Sugar Substitutes can be substituted 1:1 in baking is because they are not straight monkfruit. Monkfruit by itself is potently sweet (Lakanto also sells monkfruit extract), even sweeter than stevia extract, but mixed with erythritol (a sugar alcohol that isn’t nearly as sweet, but provides the necessary bulk to work like regular sugar), you get an excellent, low-carb sweetener that’s easy to bake with and doesn’t spike your blood sugar. 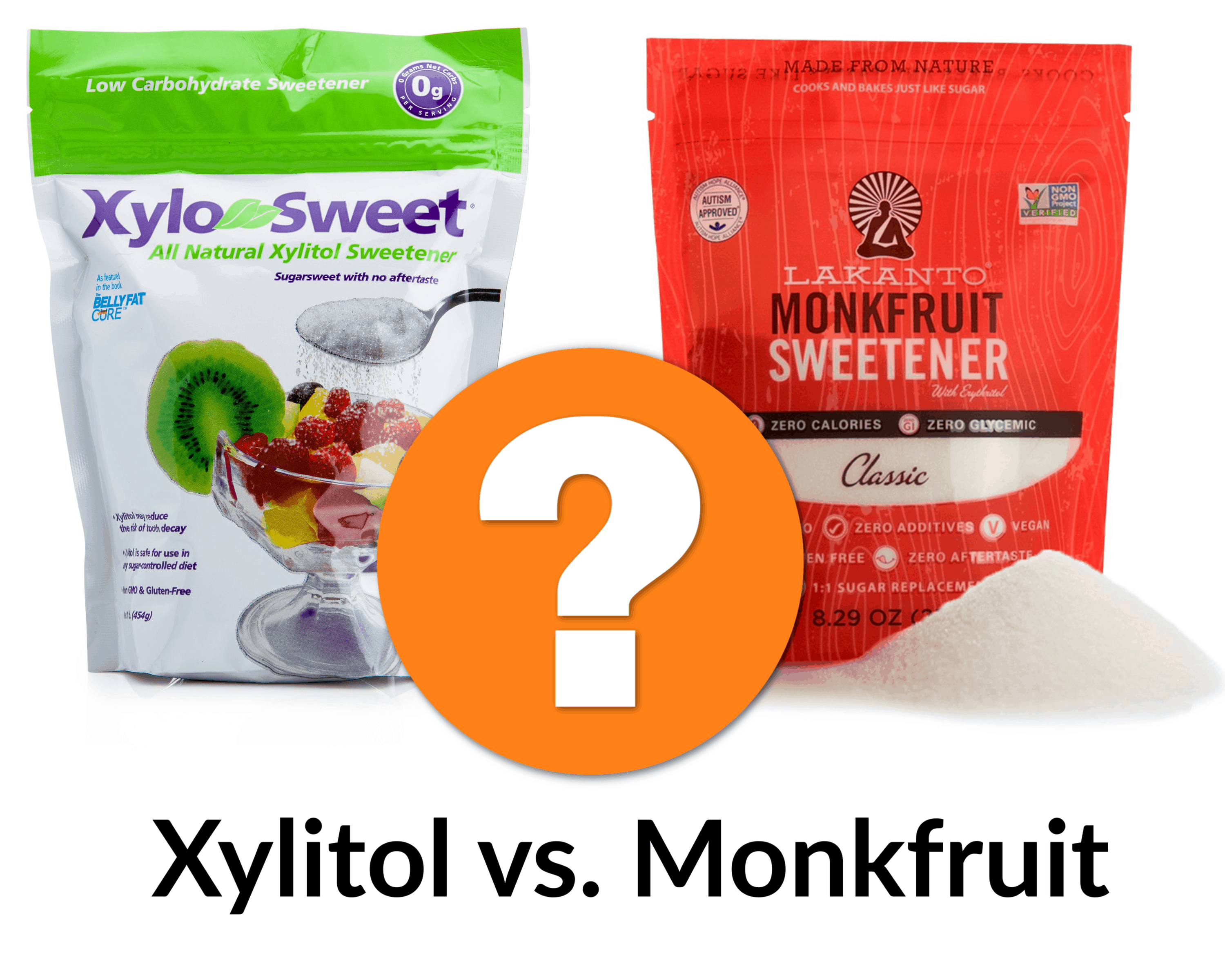 In comparison to xylitol, this is what I thought of Lakanto’s Classic Monkfruit 1:1 Sugar Substitutes.

I think I’ve officially tried all the low-carb sweeteners available now, and I would rate Lakanto’s Monkfruit Sugar Substitutes the highest of them all for:

Xylitol is a close second, but tied for affordability.

Lakanto has provided a 15% OFF coupon code for Northern Nester readers! When you make a purchase through any of the links on this page using the Coupon Code: northernnester, you will receive 15% off everything you order! 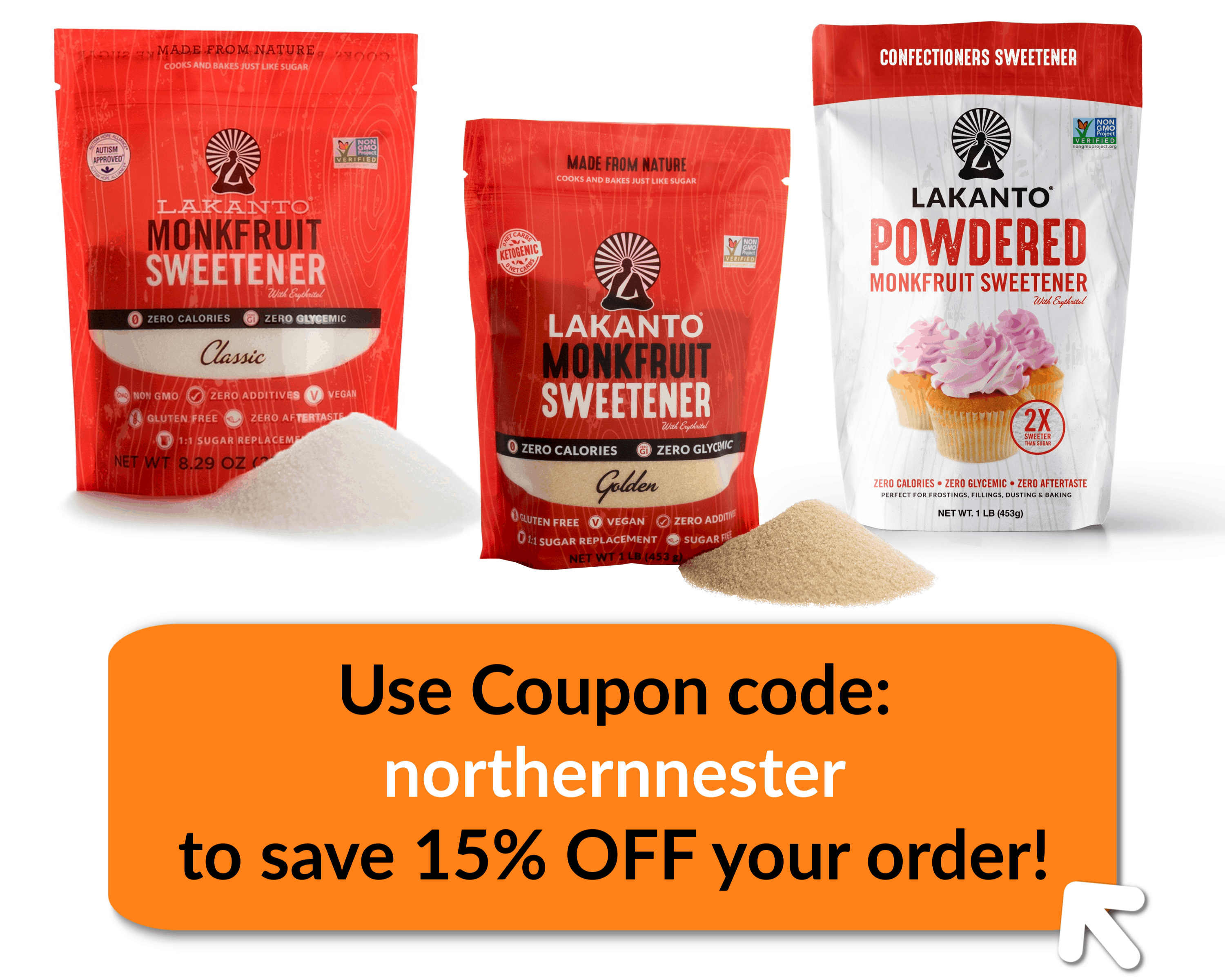 In my recipes, you can substitute Lakanto’s Classic and Golden Monkfruit 1:1 Sugar Substitutes cup for cup when the recipe calls for xylitol. This easy conversion opens a world of possibilities to Trim Healthy Mamas that can’t tolerate xylitol or are concerned about their furry friends ingesting it.

What’s a review without a recipe to go with it?!

These Cinnamon “Sugar” Cookie Dough Bites are the first things I made with my Lakanto Golden Monkfruit Sweetener and they were an absolute hit with the whole family! I hope you enjoy them, too. 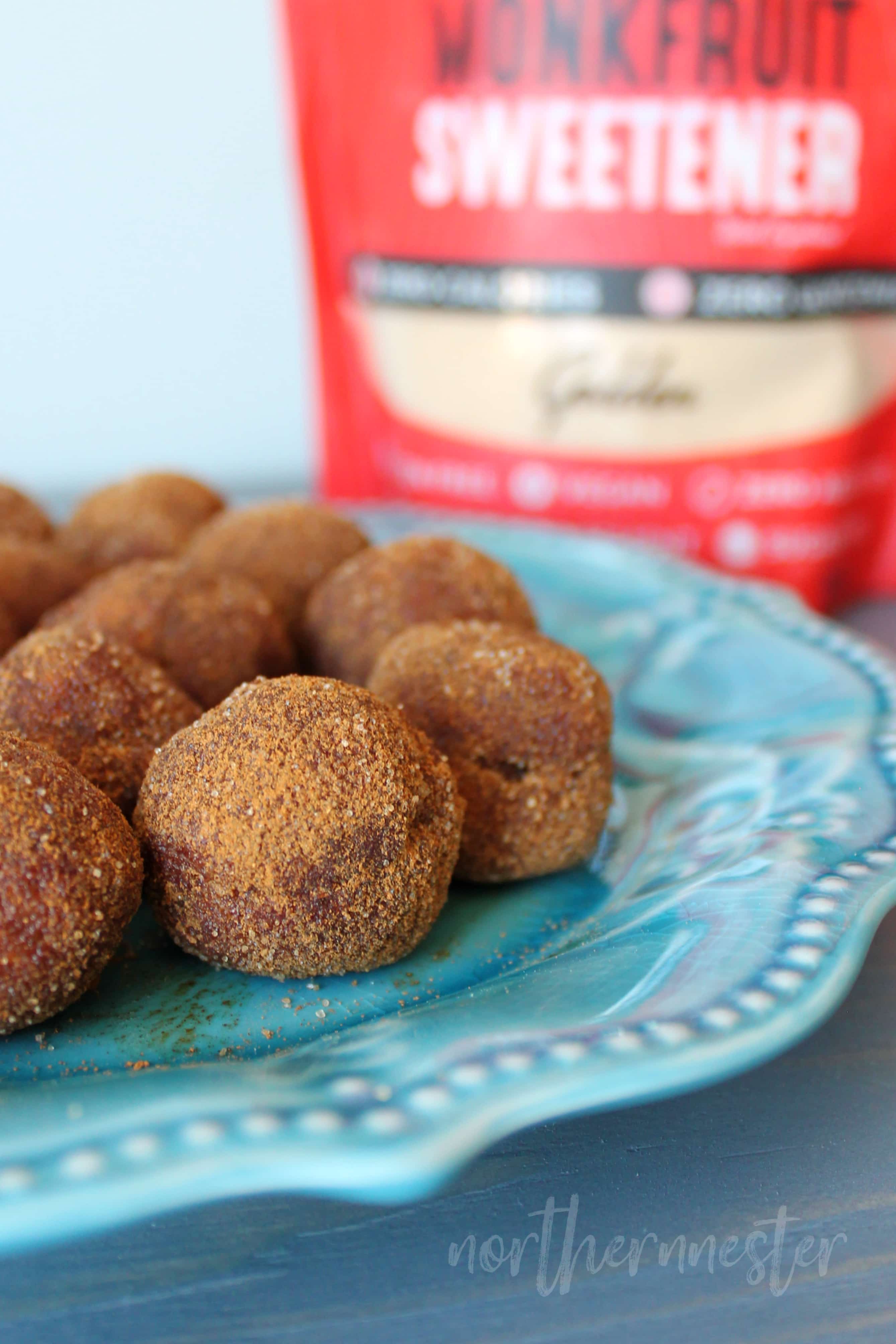 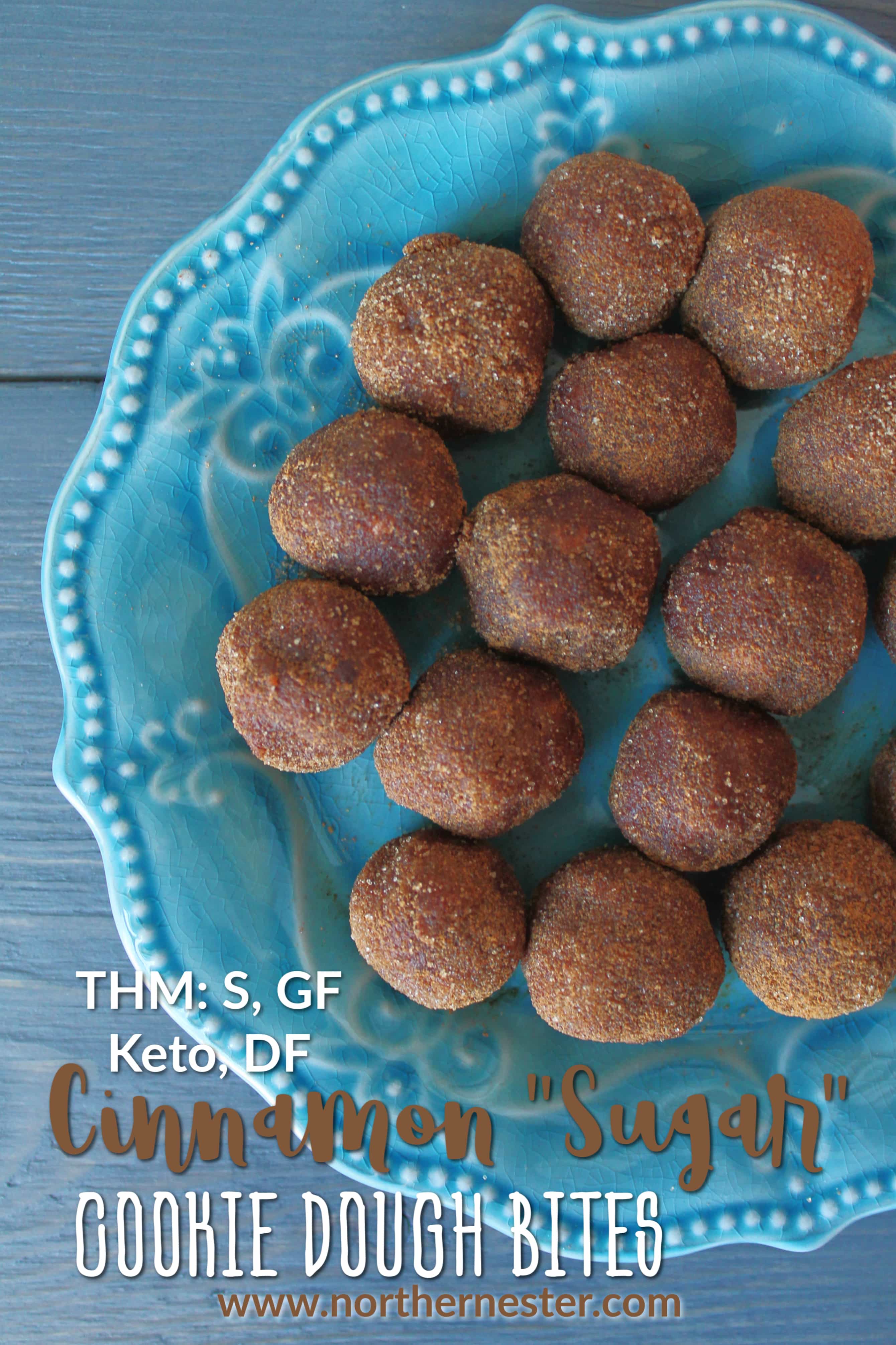