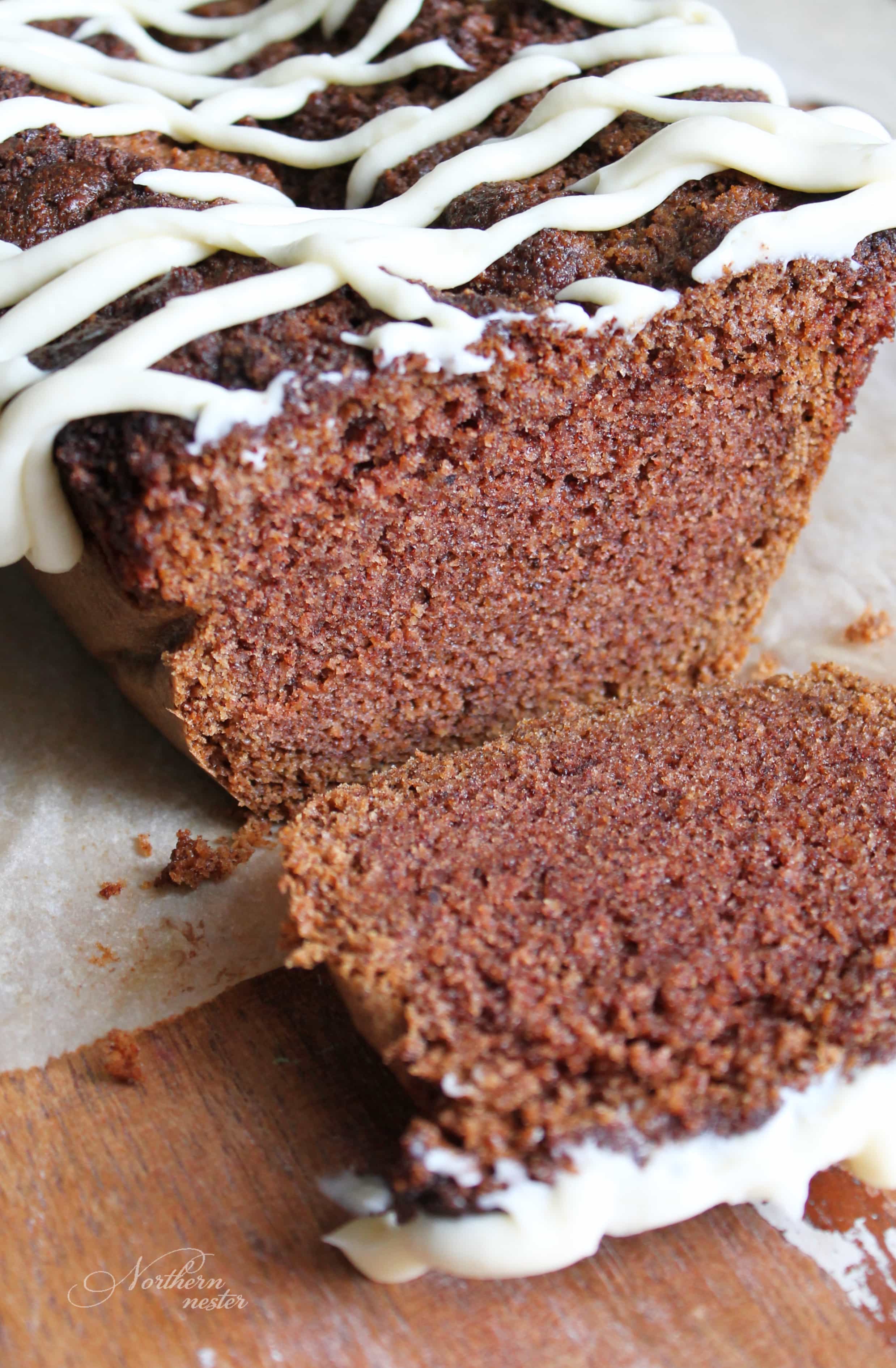 A sweet and tender cinnamon loaf is the perfect accompaniment to a hot cup of coffee on a cool day!

A THM S, this cinnamon loaf is also keto-friendly, low-carb, gluten-free, and can even be made dairy-free if you leave off the cream cheese frosting and use coconut oil instead of butter in the loaf. 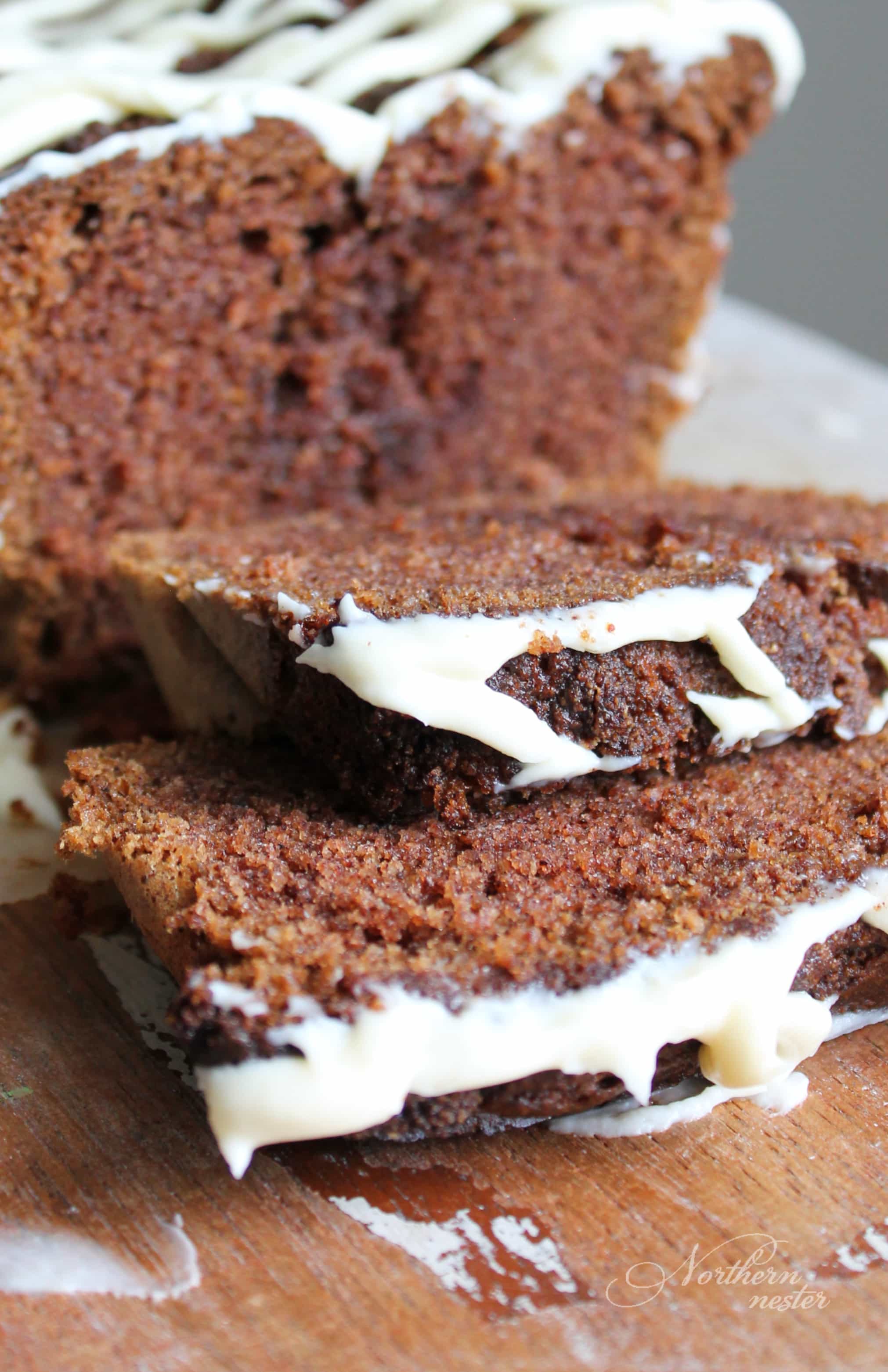 You don’t need any special ingredients to make this cinnamon loaf: 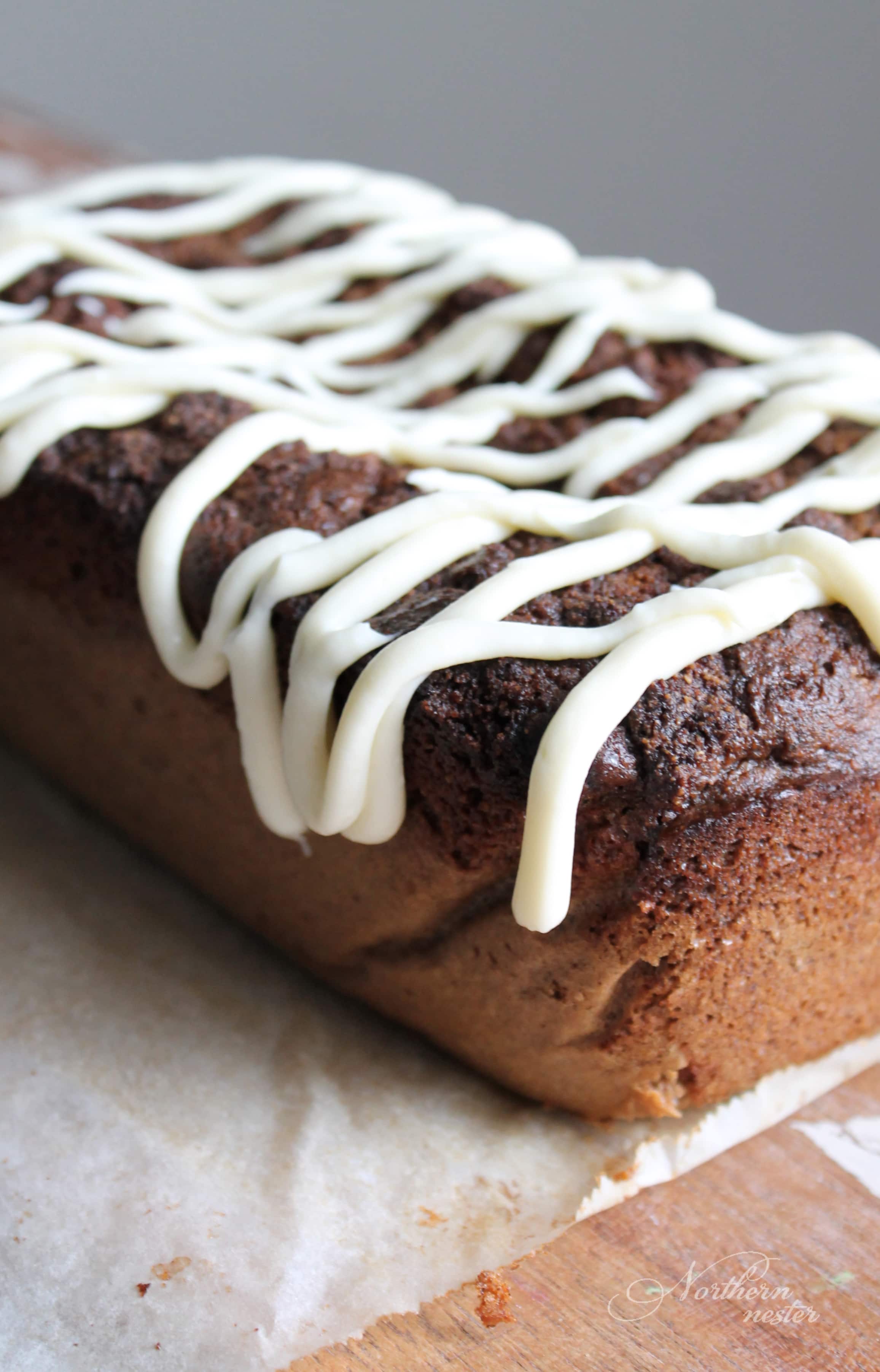 A streusel-like topping is baked on top of the cinnamon loaf, and then drizzled in a cream cheese frosting – truly a treat for the senses! You could leave the frosting off if you want, but I think it takes the cinnamon loaf from good to great!

I used a stone loaf pan to bake my cinnamon loaf and needed to bake it for 1 hour and 10 minutes before it was done. I decreased the time in the recipe to an hour because most people use a tin loaf pan which bakes goods a little quicker than stone. Just be sure to watch your cinnamon loaf as it’s baking. A good rule of thumb is to start checking for doneness when you start smelling that cozy aroma in the kitchen. 🙂 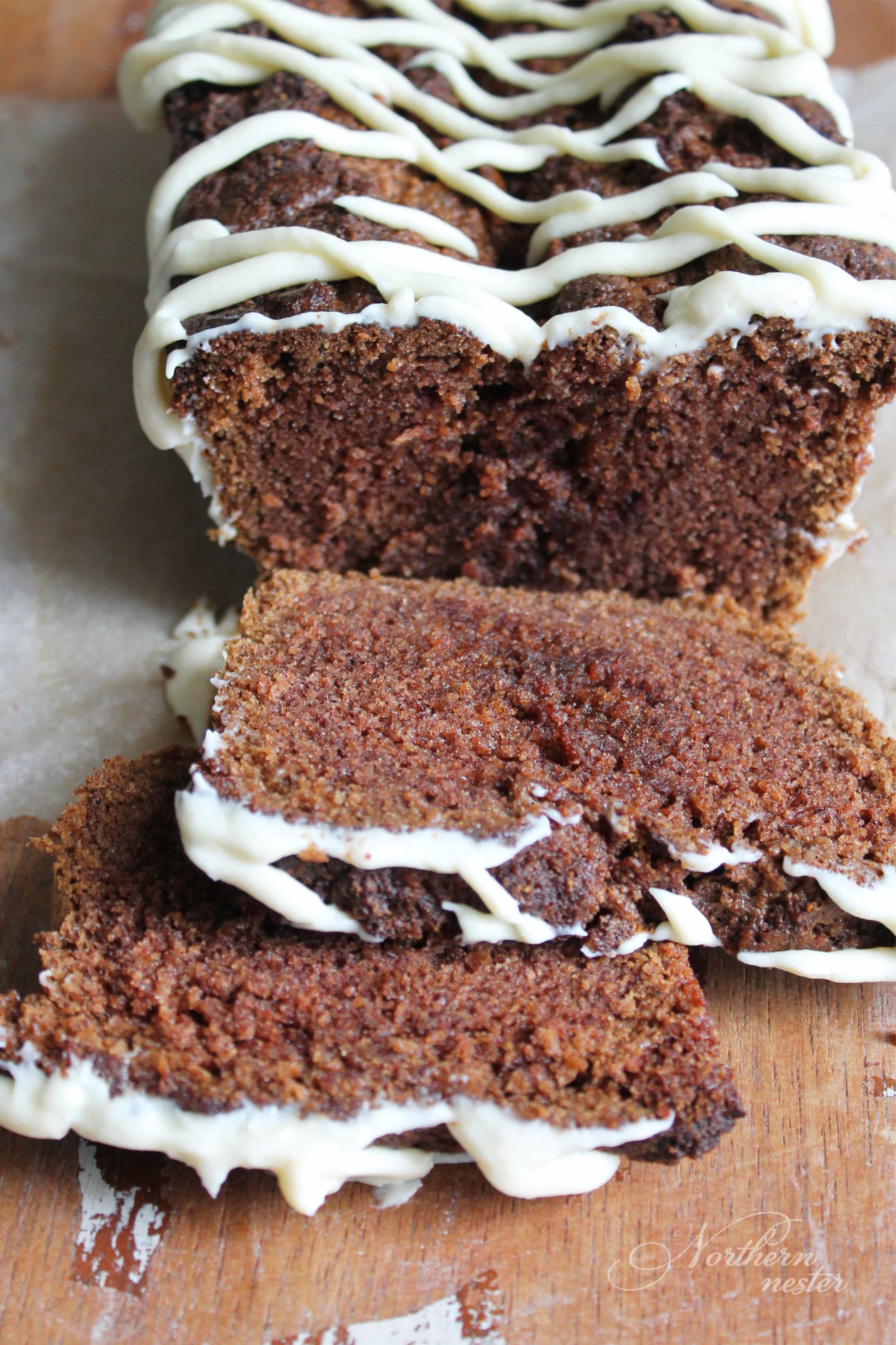 You can make this recipe dairy-free too, by leaving off the cream cheese frosting and using coconut oil instead of butter in the loaf.

If you love cinnamon in other “bread-y” things, you’ll probably enjoy these THM recipes too! 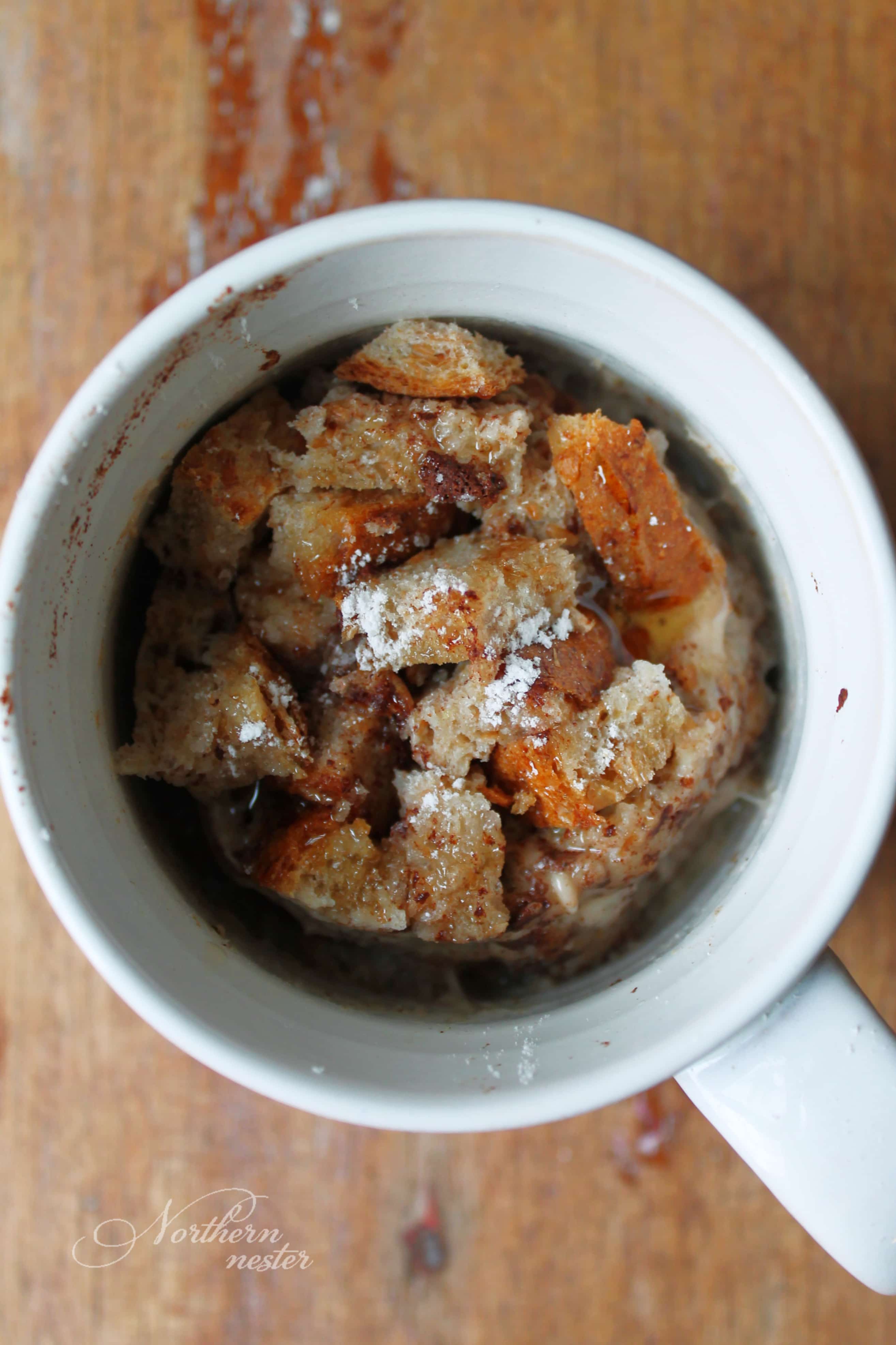 French Toast In A Mug (E) 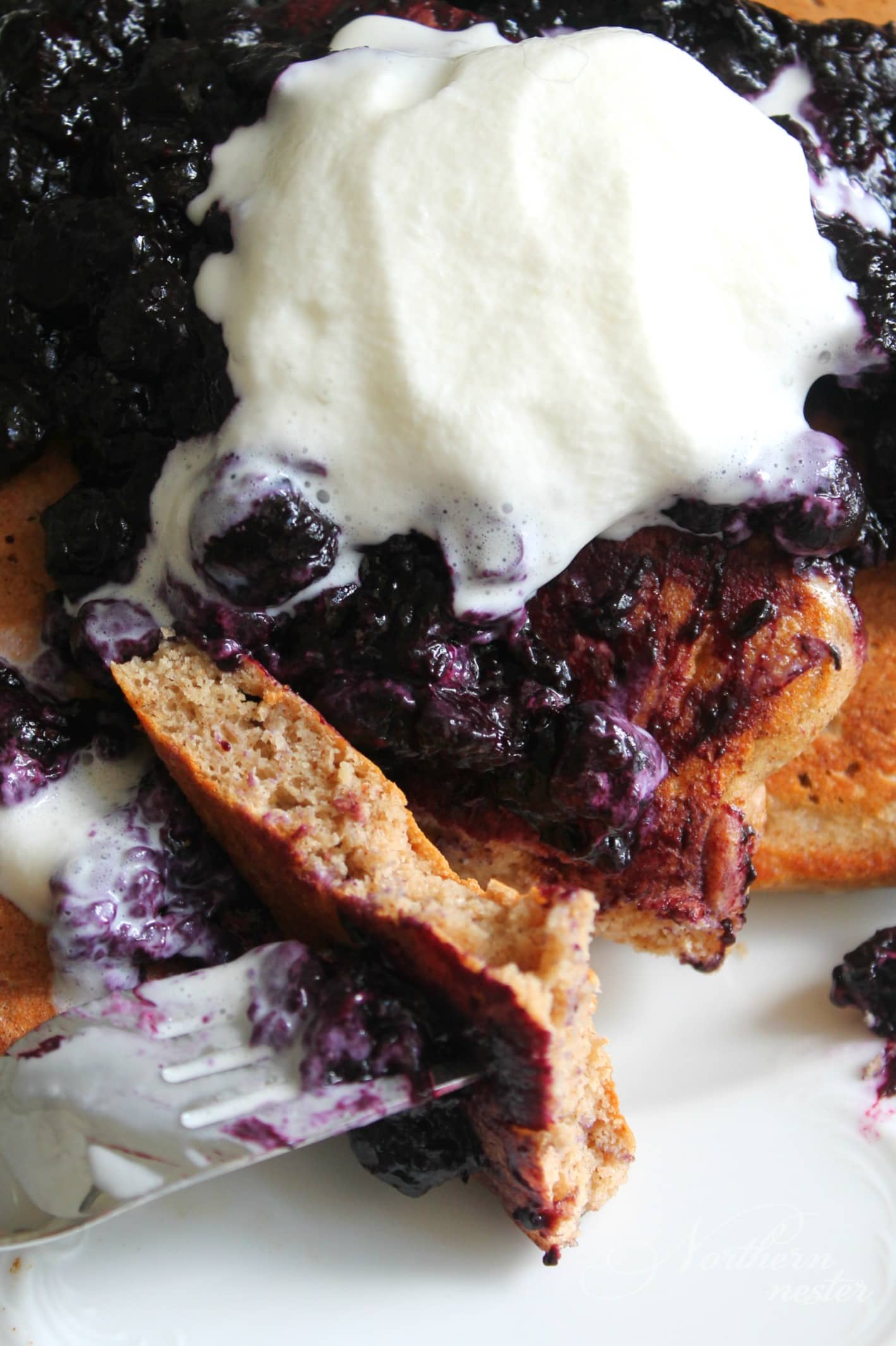 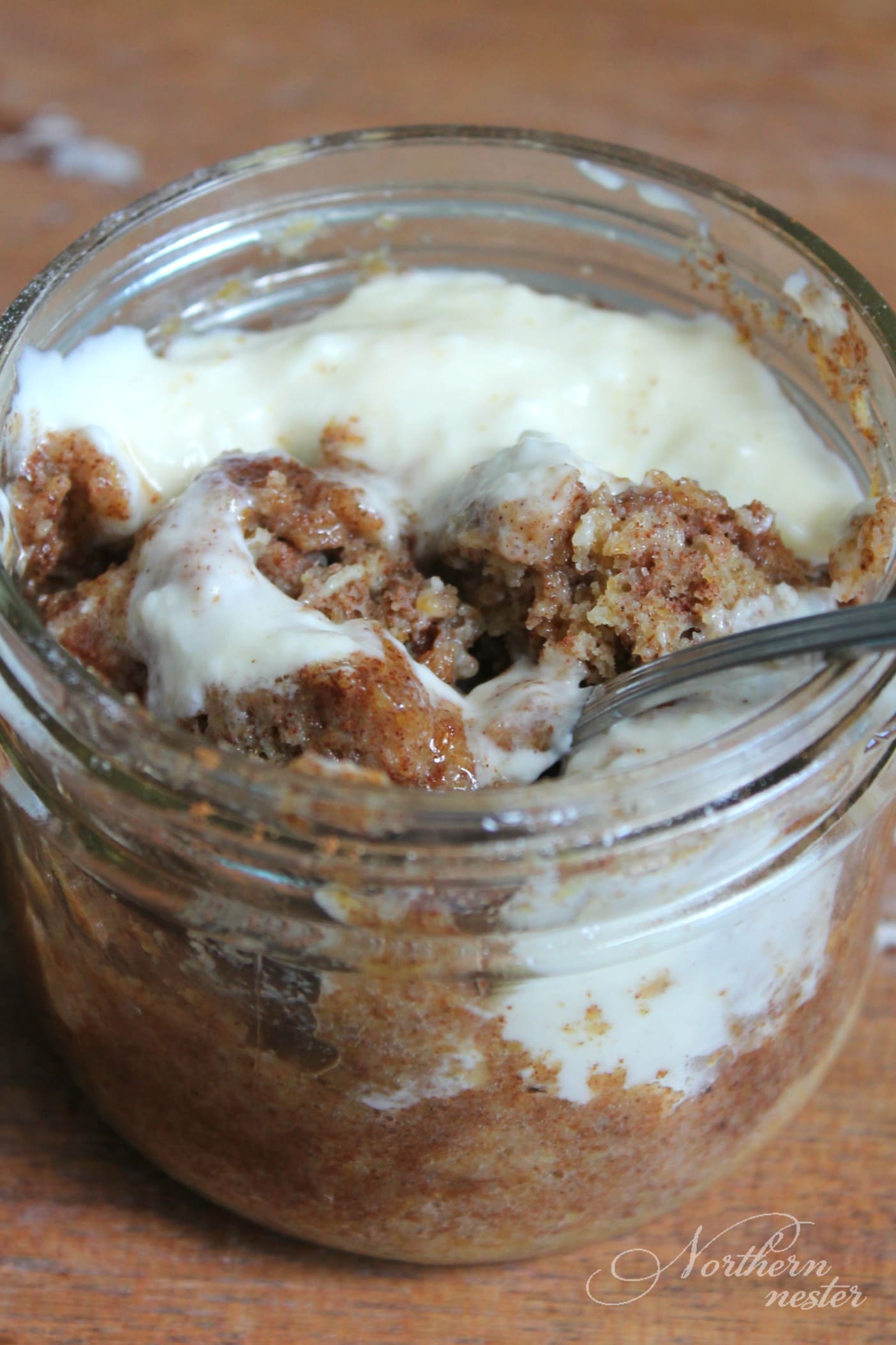 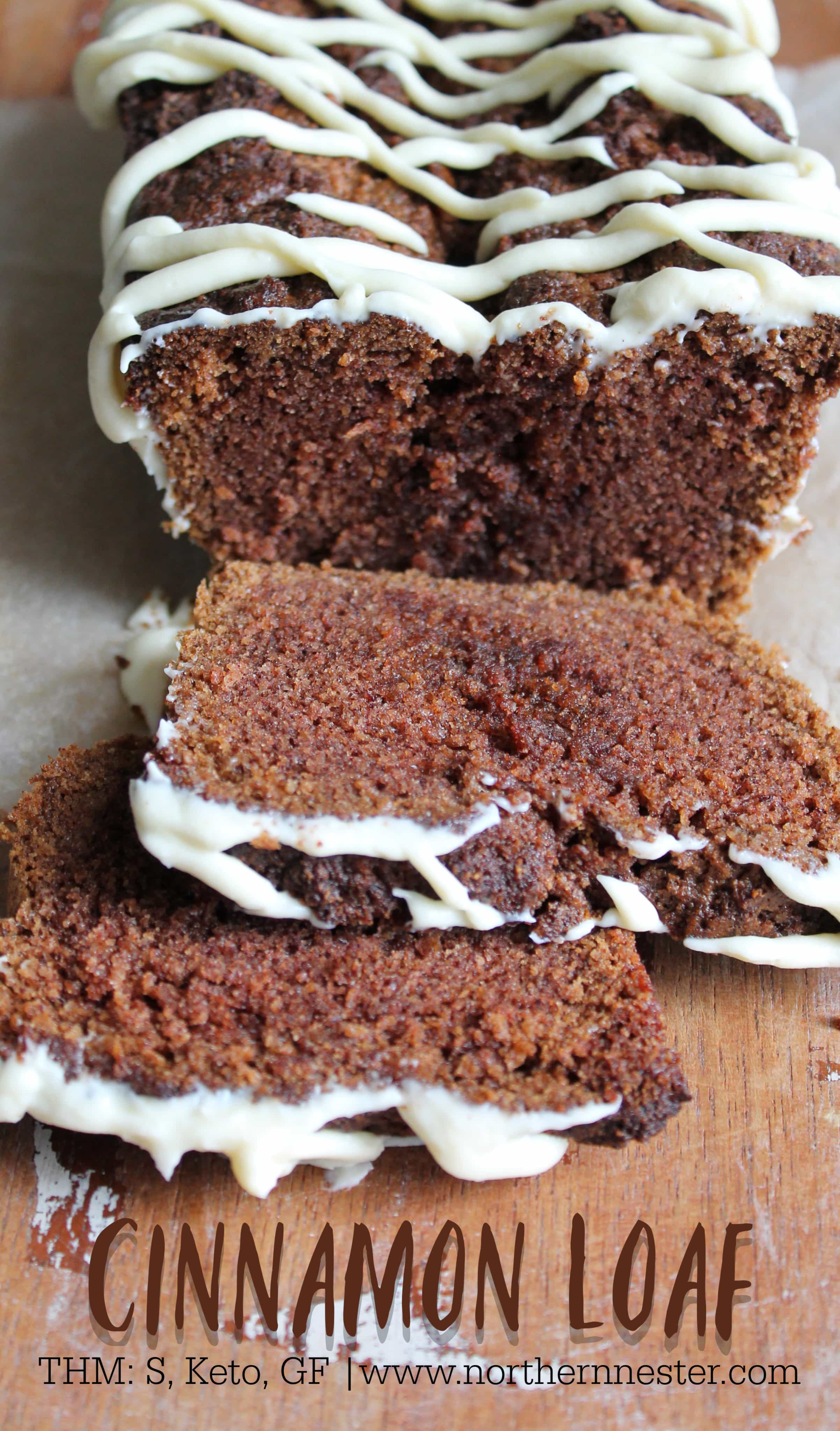