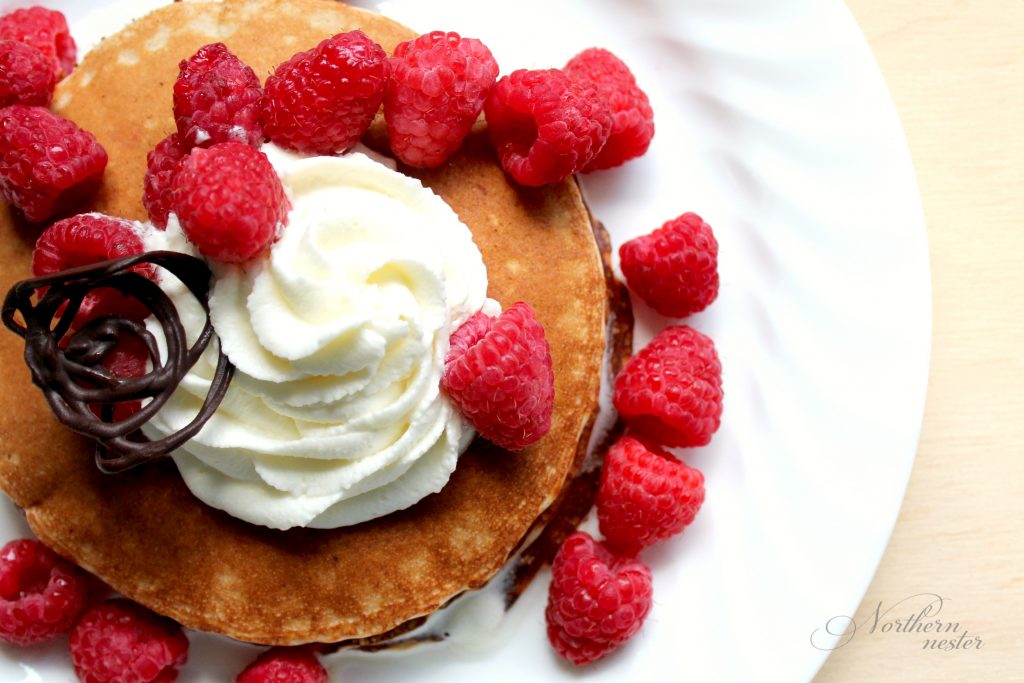 Everyone needs a good waist-friendly pancake they can douse in naturally sweetened whipped cream, chocolate, and raspberries.

I wasn’t a fan of the Bring Da Buttah pancakes in the Trim Healthy Mama Cookbook, so I took a few cues from my favorite E Trim Healthy Pancakes on the page before and made them S compatible instead. 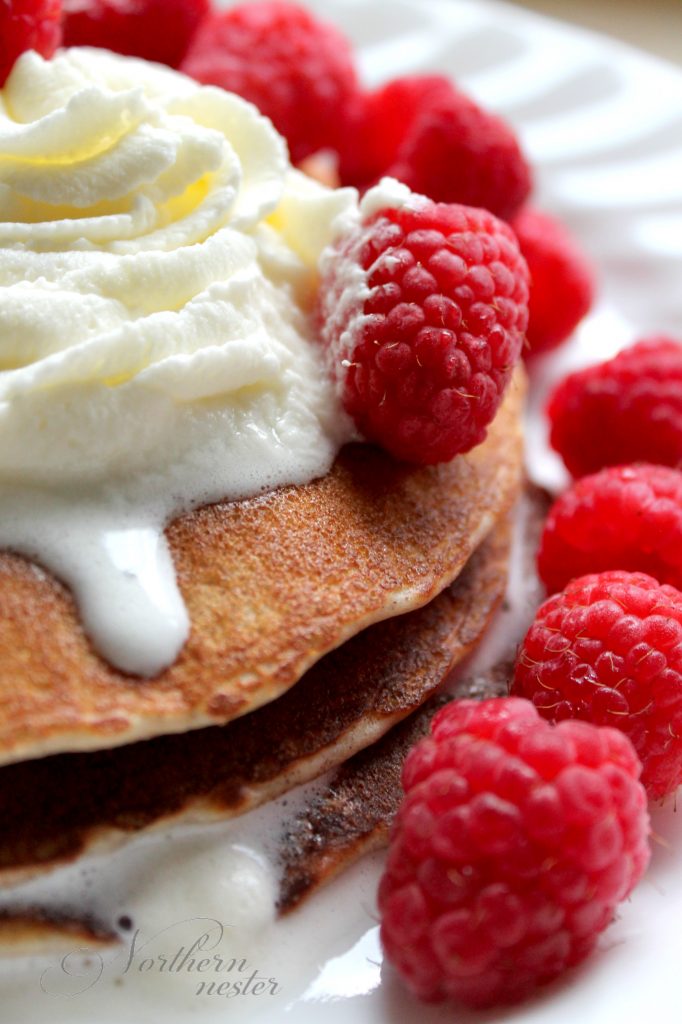 Everything gets dumped and whirred in the blender, so it’s super easy and there’s very little clean-up. Instead of egg whites, I used whole eggs; instead of cottage cheese, I used ricotta cheese; instead of oat flour, I used a combination of almond and coconut flours. A bit of vanilla, baking powder, sweetener, salt, butter (and I added a wee bit of cinnamon, but you can leave that out, if you’d like) finished it off.