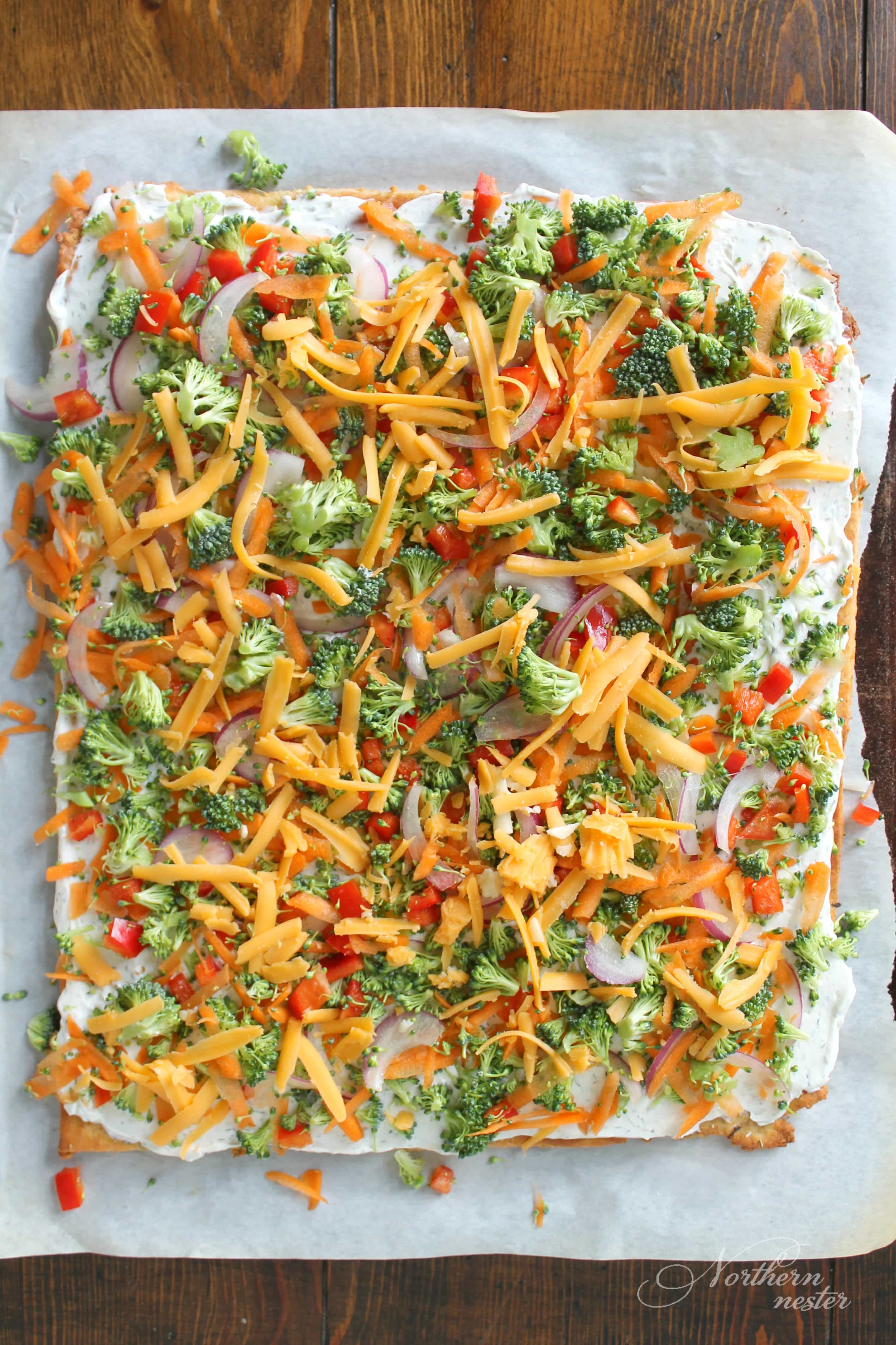 Growing up, we would often make Veggie Pizza on a crust of Pillsbury crescent rolls when we needed a savory appetizer for a birthday party or if a crowd was expected. It was light enough not to spoil your appetite when other things were being served, it didn’t need to be heated, and it was so pretty and colorful.

Unfortunately, even though the top of the pizza was certainly healthy, the crust, however delicious, was full of refined carbohydrates that were as unhealthy as the topping is good for you! This is the Trim Healthy Mama-friendly S version of that Veggie Pizza, and both my husband and I actually prefer it to the original recipe! 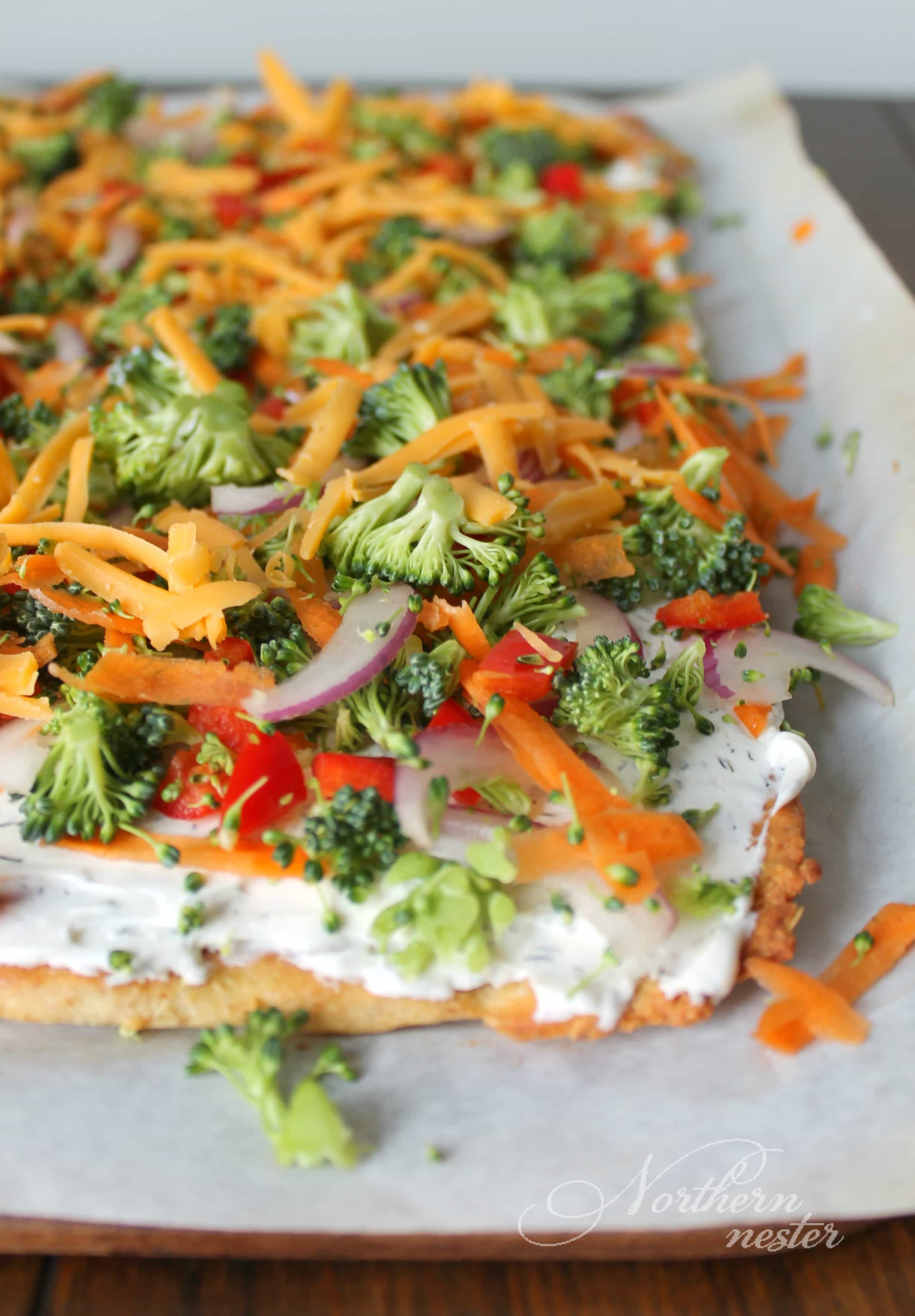 I took a cue from Nana’s Little Kitchen when making up the crust. She said that substituting Trim Healthy Mama’s Baking Blend for the almond flour in the Fat Head pizza dough would lighten it up and produce flakier results.

I didn’t have THM’s Baking Blend on hand, but I used equal parts of coconut flour, almond flour, and golden flaxseed meal, along with a few savory spices to hide the taste of the coconut flour in the crust. It worked wonderfully!

The filling is a simple spread made from cream cheese and sour cream blended together with dill weed and garlic powder.

Carrots are allowed in a garnish amount in S recipes, so I added them to the mix of finely chopped broccoli florets, red pepper, and red onion for extra color. You could also add thinly sliced radishes for a bit of a kick, or chopped cucumber. A small sprinkling of grated cheddar finishes off this delicious pizza! 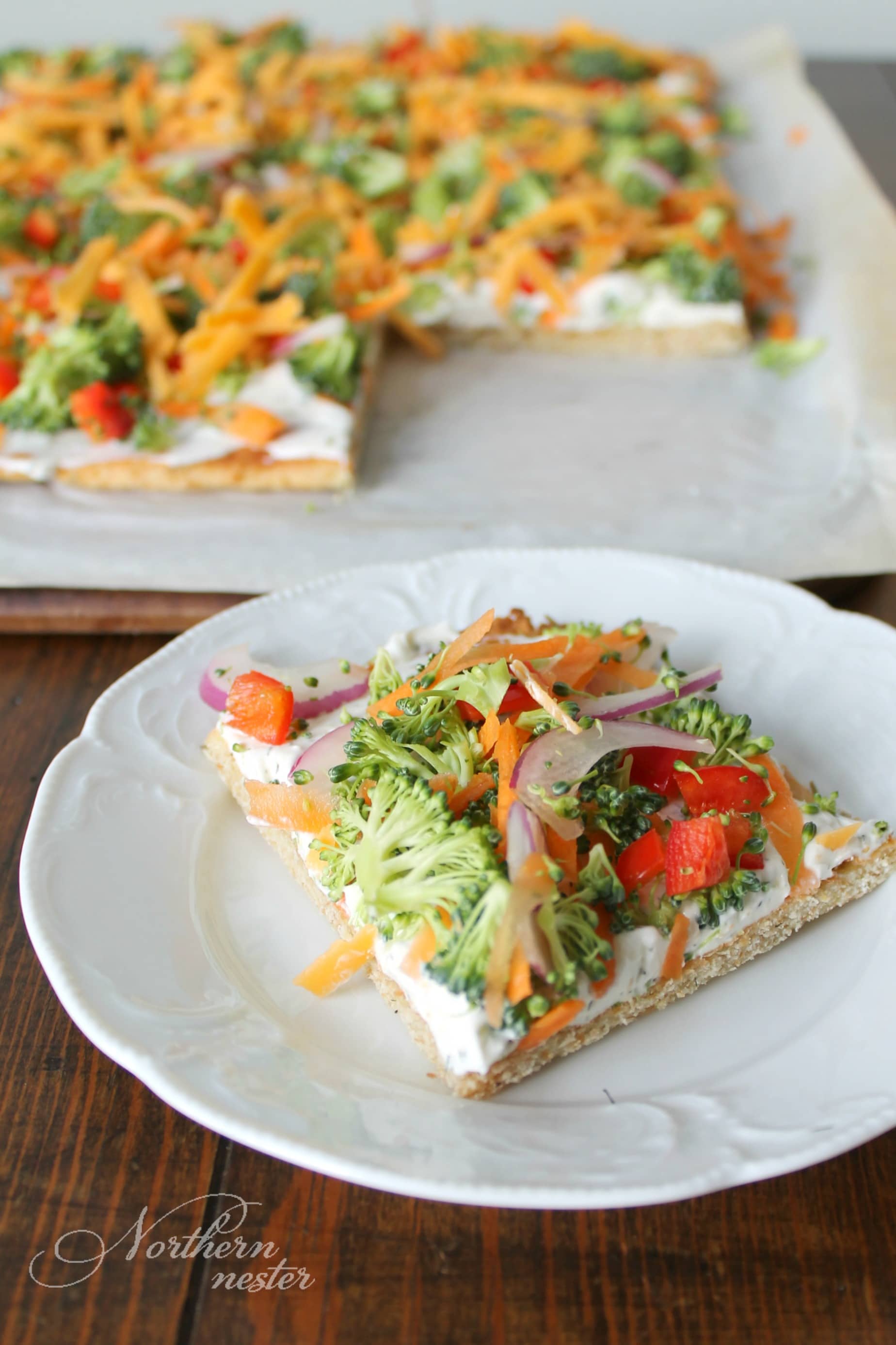 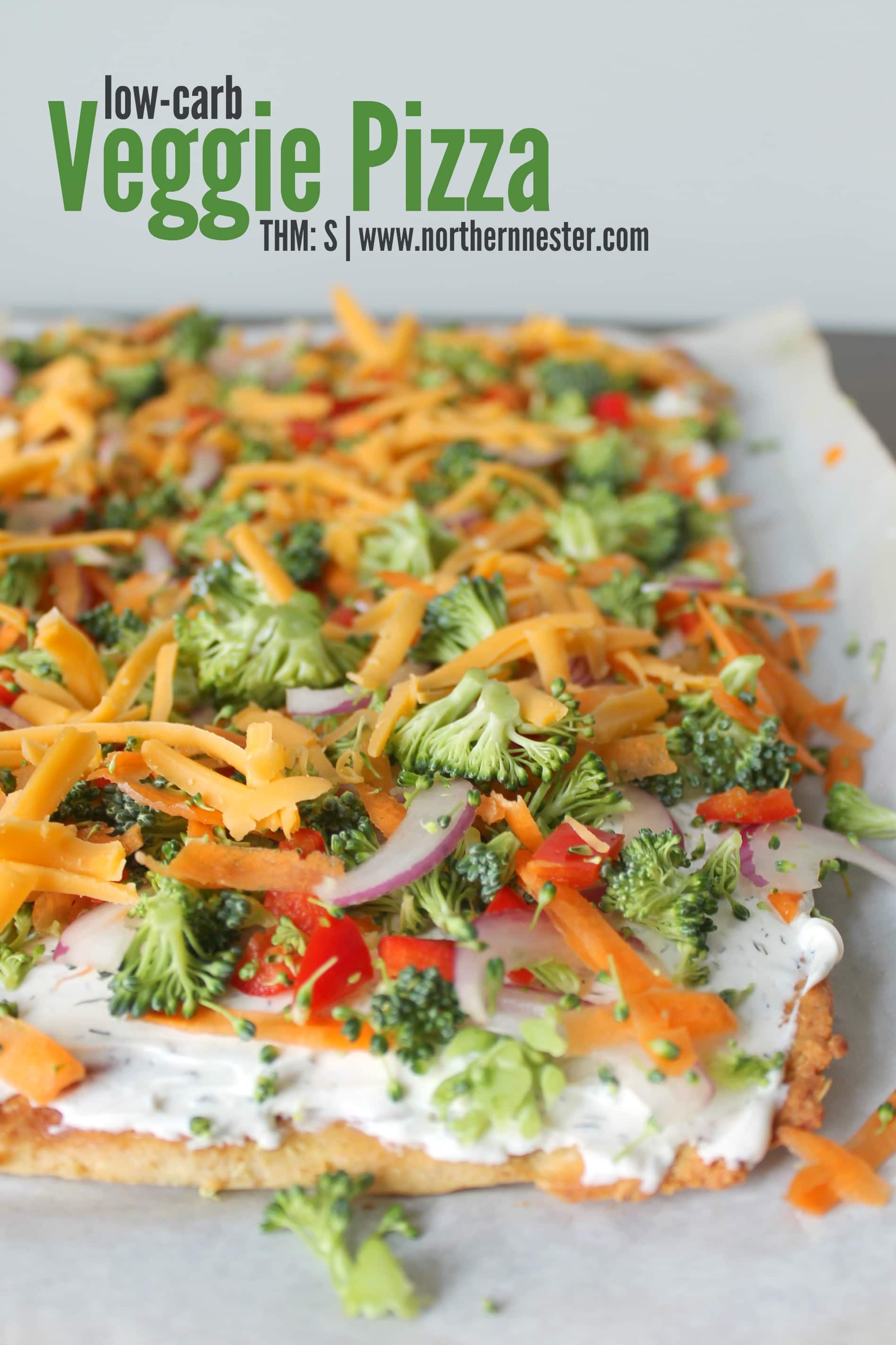