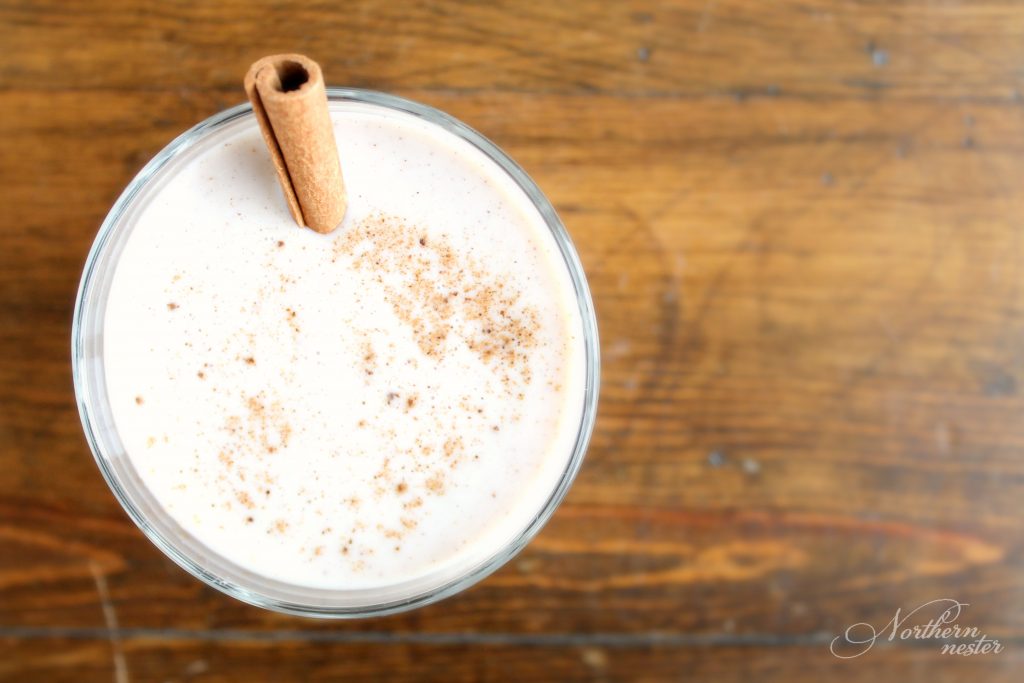 Love it, or hate it?

We have both extremes in this house. I’m not going to name names, but one of us is thoroughly disgusted at the thought of “drinking eggs,” and the other one can hardly survive the holidays without the stuff.

Like I said, I don’t want to point fingers, but I’m quite thrilled about this Trim Healthy Mama-friendly eggnog that’s high in protein and low in carbs. Cashew milk and eggs make up the base of this eggnog; a little rum extract and a few spices give it a traditional flavor. 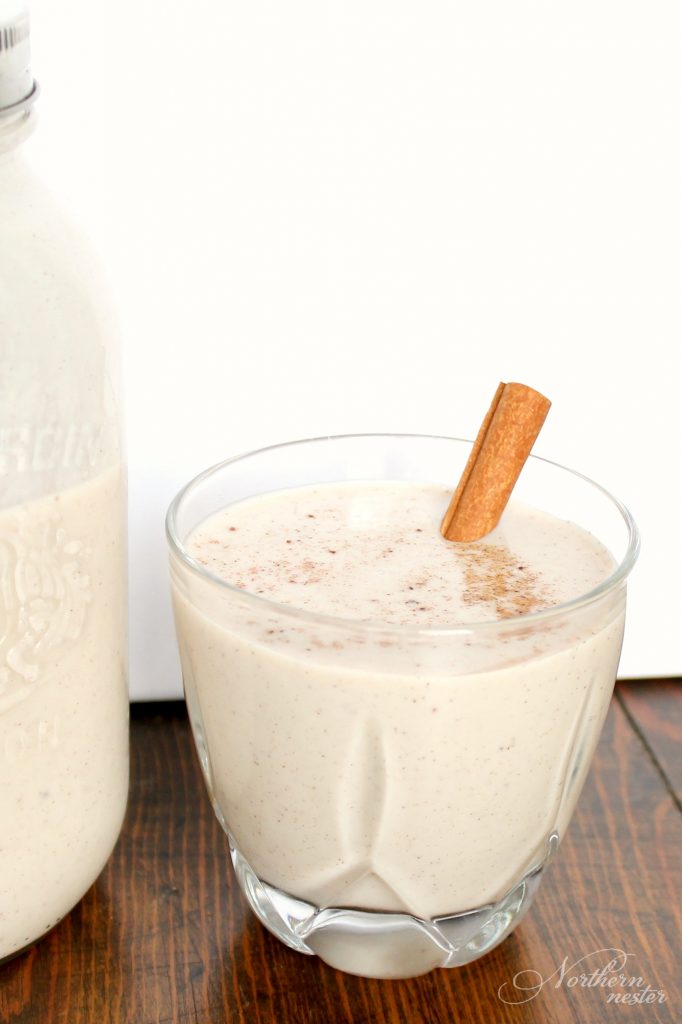 This eggnog doesn’t taste like the stuff that comes in the carton; it’s more like the kind your Grandma (or mine, anyway) used to make, showcasing the real flavor of eggs. The recipe fits perfectly into a mason jar for easy storage (and swigging!).

This recipe fills a mason jar and can be made ahead one day ahead of time.

You can use almond milk instead of cashew milk, but it won't be quite as creamy tasting. 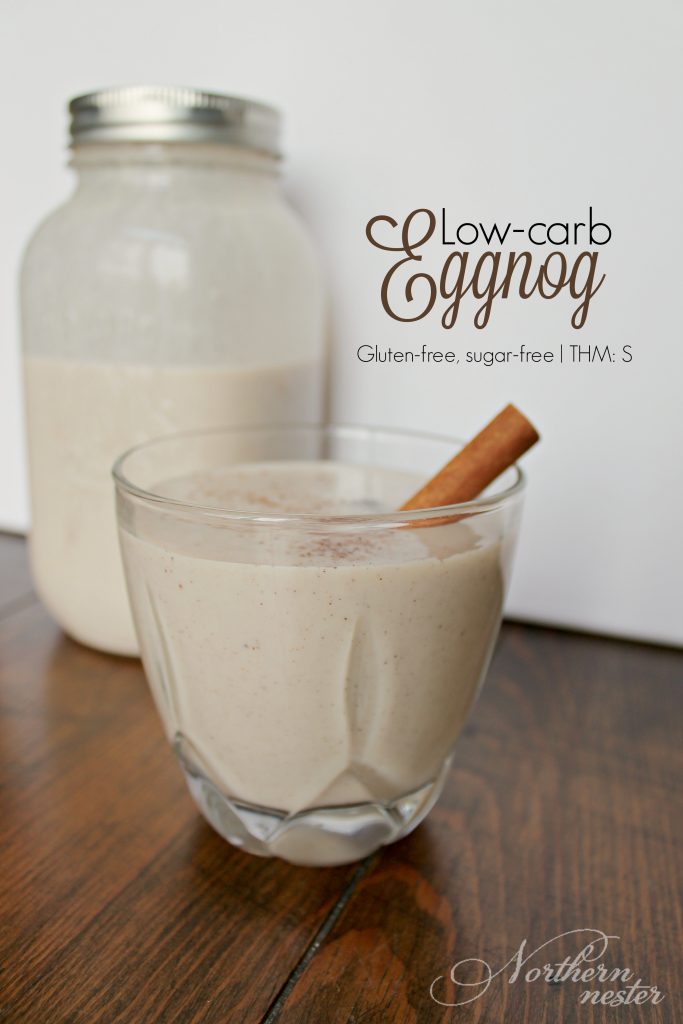