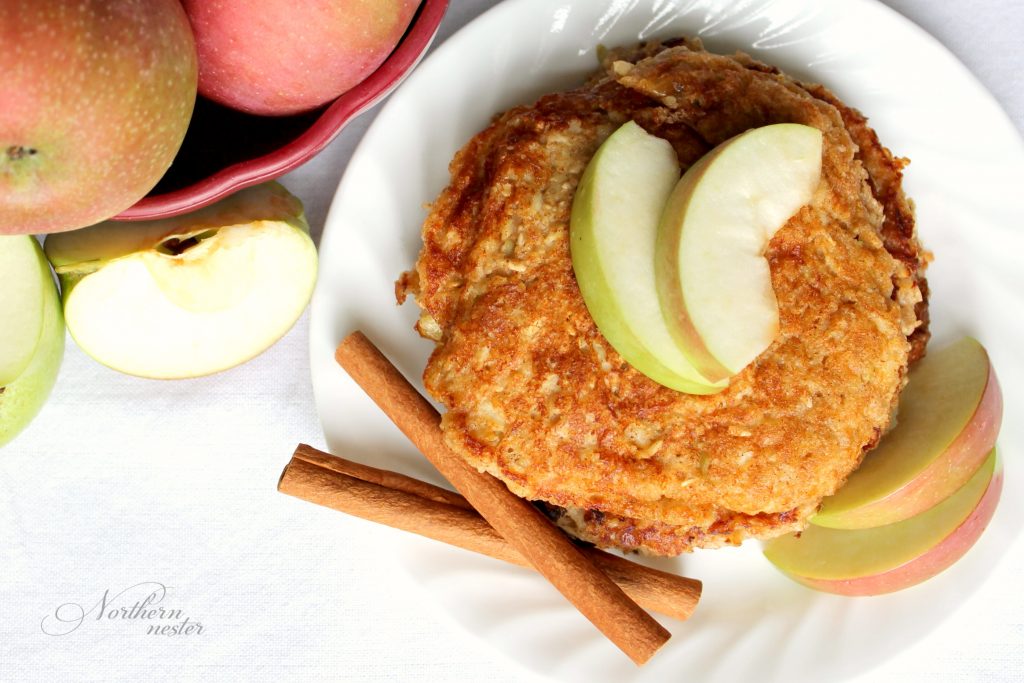 These Apple Flapjack Pancakes are a delicious way to start of the day in THM E mode! Initially, I tried adding chunks of apple to the original Trim Healthy Pancake recipe in the Trim Healthy Mama Cookbook. They fell apart, so I started from scratch, starting with whole, old fashioned oats instead of oat flour, adding applesauce as a binding agent, grating the apples, instead of dicing them, adding a bit more liquid (cashew or almond milk will do) and cinnamon for flavoring. 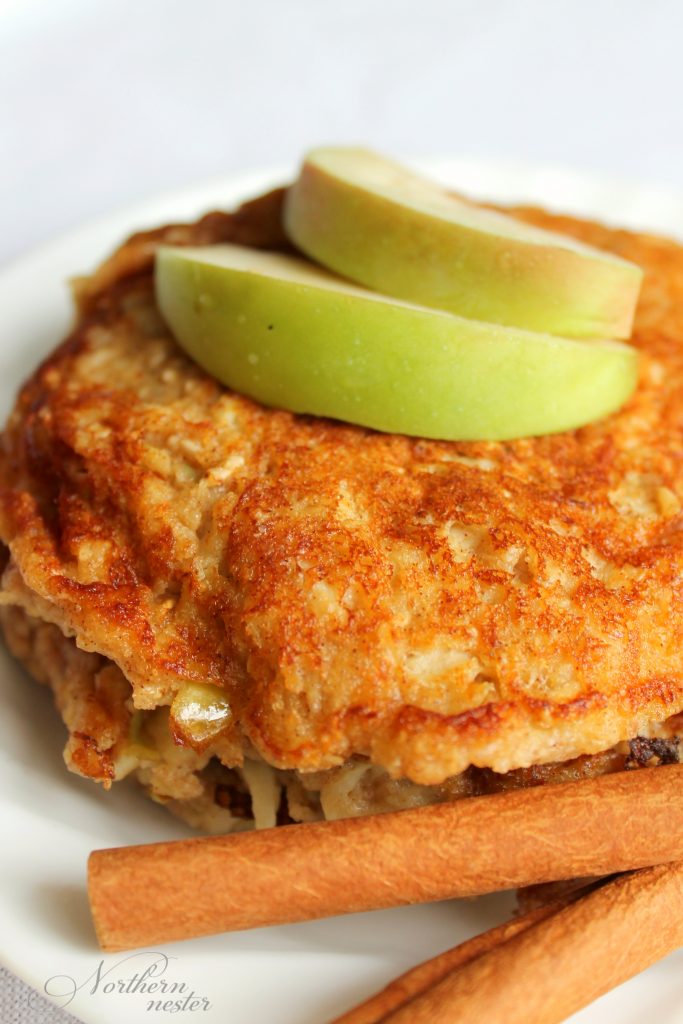 The result was pancakes that our kids inhaled in seconds before begging for more! This recipe serves two (4 pancakes) but can be easily doubled or tripled as needed. 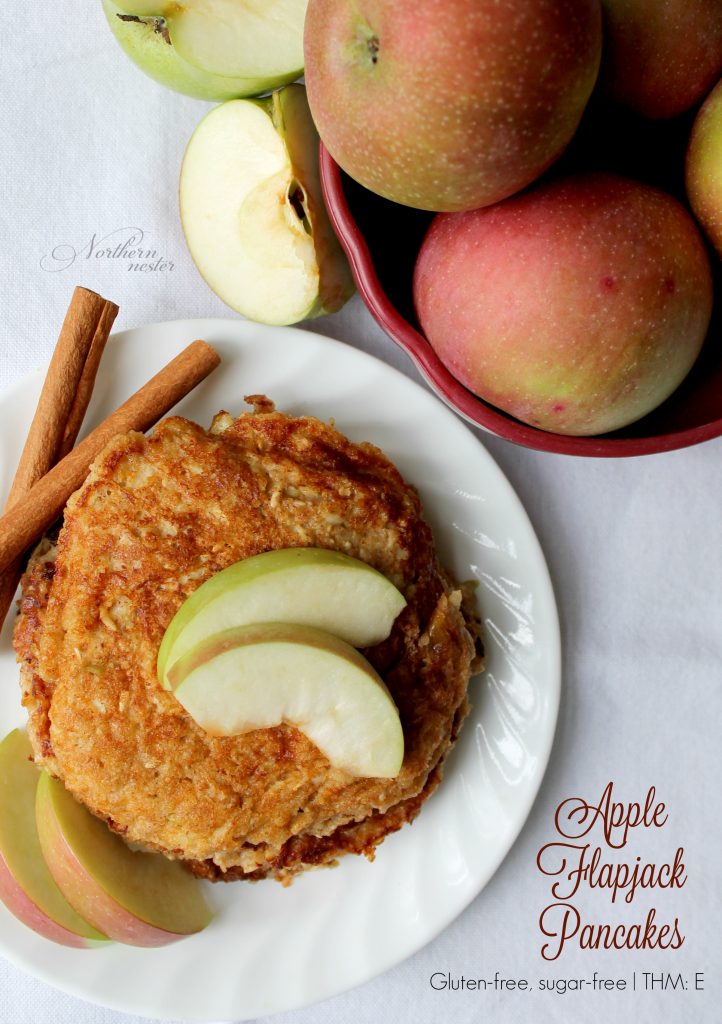