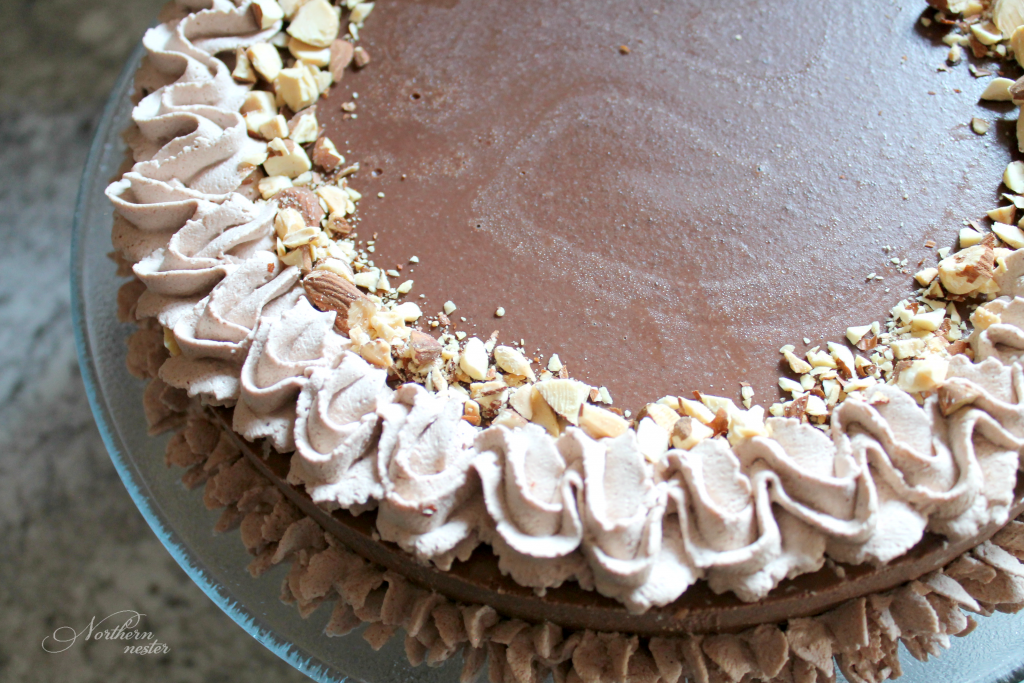 While I was eating Dark Chocolate Cream Dessert for breakfast one morning (have I mentioned how much I love food freedom and Trim Healthy Mama? Who else gets to do that and not have their blood sugar spike through the roof?!), it occurred to me that the texture and thickness would make perfect filling for a cake or torte. 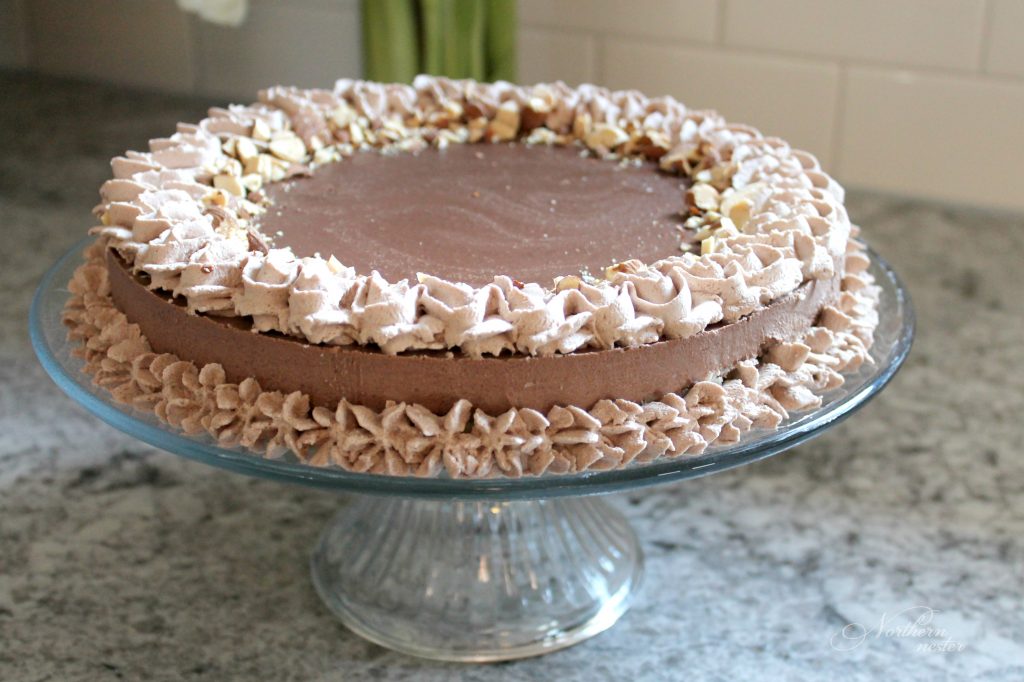 In fact, the gelatin in the dessert helps it set so well, I decided to double the recipe, pour it over an almond flour crust in a spring-form pan, and see if it would hold it’s shaped after being refrigerated.  It worked out beautifully! 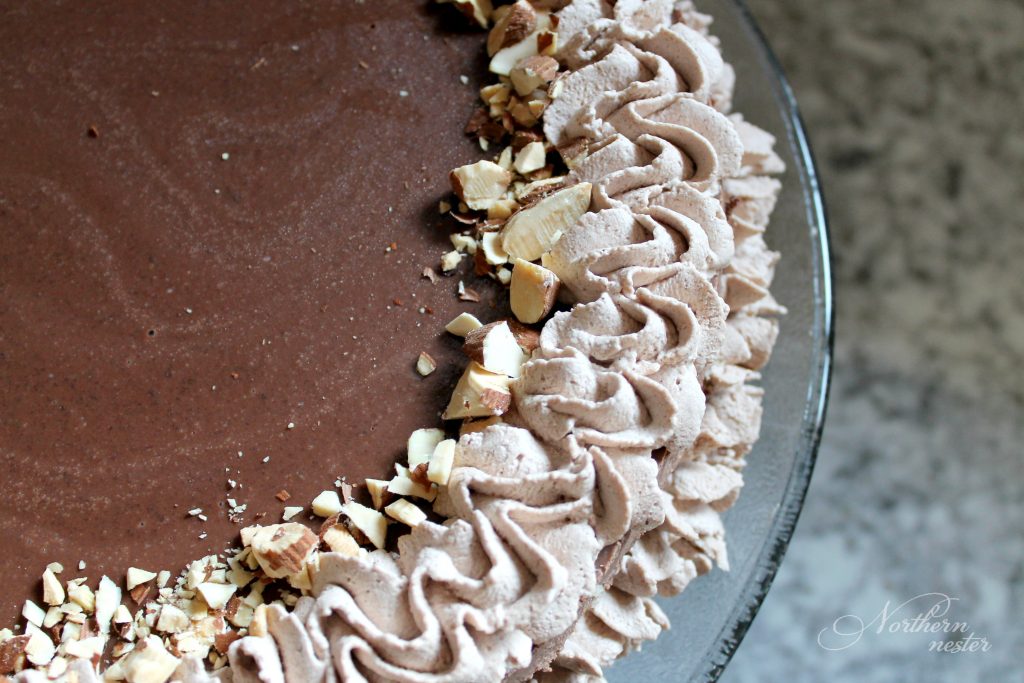 I garnished the top and sides by piping on some chocolate whipped cream and sprinkling on a handful of crushed, sea-salted almonds. The result was an incredibly easy, absolutely decadent cake that fooled everyone into believing I must have spent hours making it. No way, no how! This is a show-stopper that newbie THMs can easily pull off. You don’t even need to turn on your oven.

I’d suggest saving this recipe for special occasions. Even though it doesn’t use any special ingredients, 2 85% cocoa Lindt chocolate bars and a whole container of whipping cream can be pretty pricey. Plus, it’s pretty calorie dense; having lots of people to share it with is probably better than consuming the whole thing yourself for breakfast over the course of two weeks (do as I say, not as I do).

This is a VERY rich S dessert. It's pretty calorie-dense, so save it for special occasions when you have lots of people to share it with. 🙂 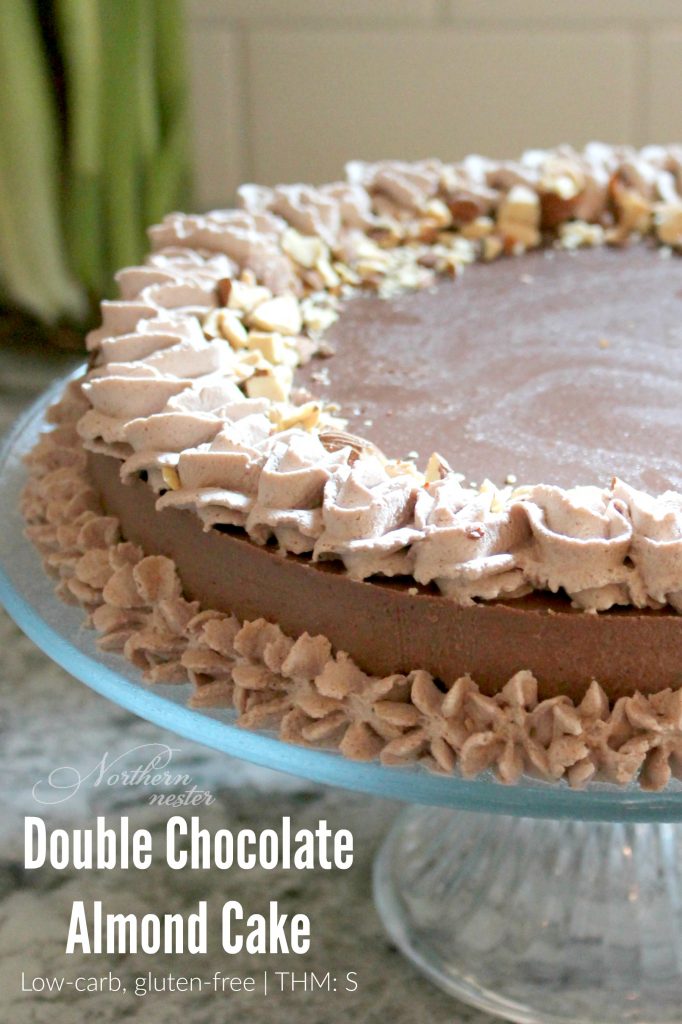