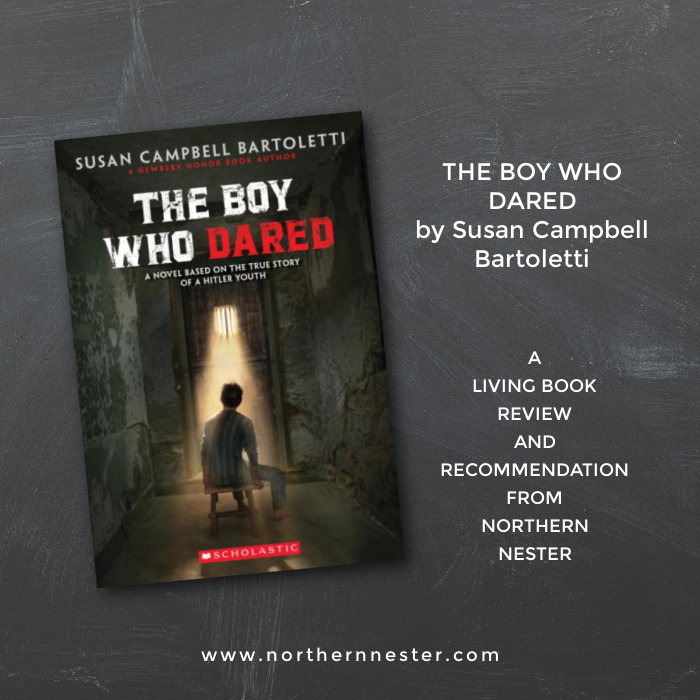 I can’t tell you how many times my kids said that, or something to that effect, as we read together through The Boy Who Dared by Susan Campbell Bartoletti, a true story of WW2.

They said it when Hitler banned foreign media for the “safety and “integrity” of Germany.

They said it when people had to meet in secret to discuss things honestly, when people could not talk about politics freely for fear of snitches or worse, when people felt suspicious of their neighbours and even those who once were friends.

They said it when Helmuth (the boy who dared to call evil for what it was, and paid for doing so with his life) discovered that the German radio stations were lying to them.

A few weeks ago, I found the audio version of The Boy Who Dared at the library so Brad could hear the story, too. Many knowing glances were exchanged between us as we listened. We loved the story for the way it honored a courageous young man who spoke the truth at the highest cost; we hated it for the eerie familiarities.

It started with one seemingly small curtailment of liberty after another until it was too late to stop the train. Helmuth is 5 years old at the beginning of the story, and 17 years old when he is executed in the last chapter. The natural end of hatred is death, and the progression of such evil in the hands of a wicked government is clearly displayed in The Boy Who Dared.

How foolish it would be to dishonor those who gave their lives for the cause of freedom by ignoring the signs and allowing it to happen again!

The book is written in a unique style that took some getting used to. Short, choppy sentences. First person tense. But the story itself is so gripping, it’s hard to put down.

The audiobook is FANTASTIC. It is wonderfully read by David Ackroyd, and I highly recommend finding a copy to listen to with the whole family if you have a long drive coming up!

You can find the paperback, here, and the audiobook, here: